6 women and 3 men were killed in the accident, said the SP, adding that those injured were rushed to a government hospital in Udaipur. 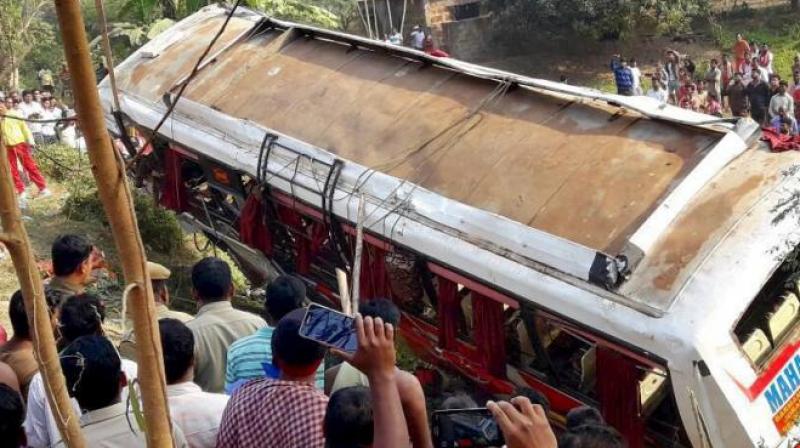 Jaipur: Nine people, including six women, were killed and 22 injured when a bus carrying pilgrims from Gujarat overturned near Udaipur on Saturday, police said.

The accident occurred near Nehla village, around 10 km from Rajasthan's lake city Udaipur, when the driver of the private bus lost control of the vehicle while trying to avoid hitting a two-wheeler, Rajendra Prasad, Superintendent of Police (SP), Udaipur, said.

The bus carrying pilgrims had started its journey from Ahmedabad Thursday night. It was on a 16-day tour of religious places, including Pushkar and Haridwar.

Six women and three men were killed in the accident, said the SP, adding that those injured were rushed to a government hospital in Udaipur.

Most of the deceased were above 45 years, he said.

Prime Minister Narendra Modi expressed grief over the loss of lives in the accident.

PM @narendramodi expressed grief on the loss of lives due to the accident in Udaipur. He extends condolences to the families of the deceased