In the last 24 hours, 88 new positive cases were found in the state police force and one succumbed to the disease 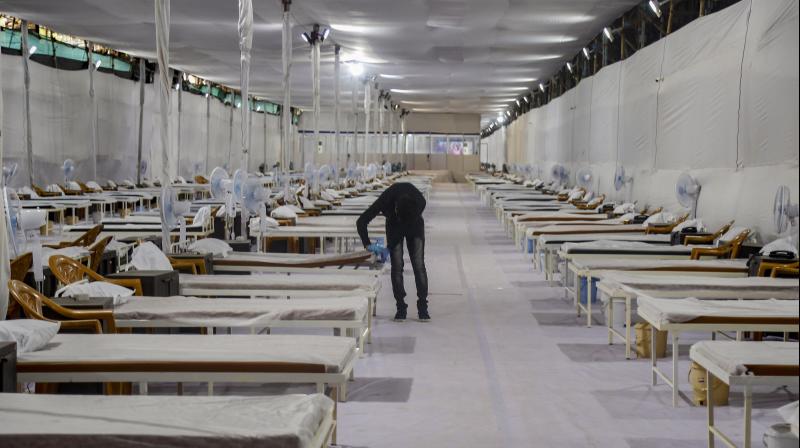 A health worker at a quarantine facility near JJ hospital, Mumbai. PTI photo

The Maharashtra police continues to be hit by the Covid-19 pandemic as the number of police personnel tested positive for coronavirus goes beyond 4,000 on Sunday. Of them, 47 policemen have succumbed to the deadly virus so far.

In the last 24 hours, 88 new positive cases were found in the state police force and one succumbed to the disease. The total number of Covid-19 cases in the department has now reached 4,048.

State home minister Anil Deshmukh tweeted, “4,048 police personnel have tested positive for Covid-19. Of these 3,000 have recovered and 47 have tragically succumbed”. According to police officials, the number of active cases in the state police force now stands at 1,001, comprising 118 officers and 883 personnel.
Maharashtra is India’s worst Covid-19 affected state with more than 1.3 lakh positive cases. The prolonged pandemic has left the state police force overworked as well as overstressed.

In view of rising deaths, the Maharashtra police have also asked their personnel who are above 55 years of age to go on leave as a precautionary measure. Besides, police personnel in the age group of 50 to 55 have been put on low-risk normal duty.

The state has registered several cases of assault on policemen while enforcing the guidelines to contain the spread of the virus. As per the official data, 275 incidents of assault on cops have been recorded since March 22, 2020 and 854 accused have been arrested for attacking cops. In addition to this, 86 policemen have been injured in the attack by anti-social elements while performing their duties.