India   All India  22 Jun 2019  Pak supports an Afghanistan that is at peace with itself: Shah Mahmood Qureshi
India, All India

Pak supports an Afghanistan that is at peace with itself: Shah Mahmood Qureshi

He made these remarks while addressing the inaugural session of a conference on Afghan peace titled 'Lahore Process'. 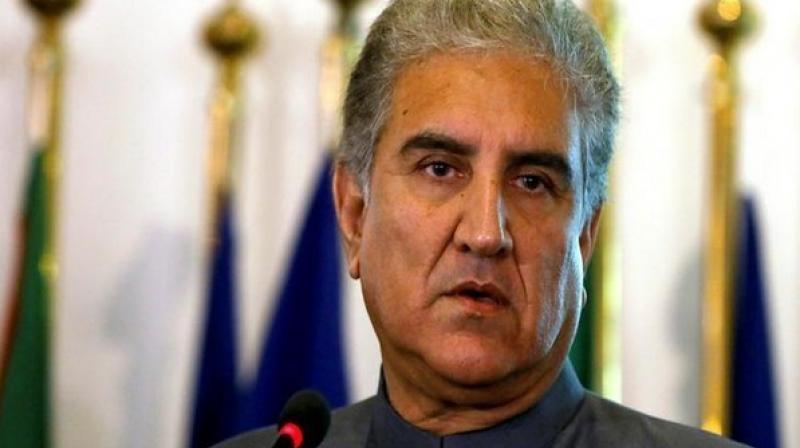 Heads of all Afghan political parties and the political advisory to the Afghan president participated in 'Lahore Process' conference. (Photo: ANI)

Islamabad: Foreign Minister Shah Mahmood Qureshi on Saturday said Pakistan is resolute towards finding a peaceful solution to the almost 19-years long Afghan war as "Pakistan supports an Afghanistan that is at peace with itself."

He made these remarks while addressing the inaugural session of a conference on Afghan peace titled 'Lahore Process' -- to discuss different aspects of the Afghan peace process, which include bringing peace and stability to Afghanistan through connectivity, trade, economy, and health-- held at Bhurban, Dawn reported.

"We respect the sovereignty and territorial integrity of our neighbour and remain firmly committed to a peaceful, stable, united, democratic and prosperous Afghanistan. We are determined to build our bilateral relationship on the principles of non-interference, mutual respect, and common interest," Qureshi added.

Speaking on how Pakistan has been affected by the conflict, Qureshi was further quoted as saying, "Pakistan's security continues to be deeply influenced by the security situation in Afghanistan. Advancing the cause of peace and stability in Afghanistan is, therefore, in Pakistan's own national interest."

Qureshi said that the talks will further focus on the issue of repatriation of Afghan refugees who have been living in Pakistan for the last four decades.

Discussing Pakistan's commitment to the Afghan peace process, Qureshi stressed: "While others believed in a military solution to the conflict in Afghanistan, we always thought that a politically negotiated settlement was the only way forward. It is gratifying to note that others have also reached the same conclusion now."

"While efforts of all stakeholders are important, we do believe that the ultimate arbiters of the future of Afghanistan are only the Afghans themselves," he added.
Speaking of the renewed push for peace and stability in Afghanistan, the foreign minister said: "The renewed push for peace has created a new opportunity and every effort must be made to seize it. We cannot afford to miss this rare opportunity."

Heads of all Afghan political parties and the political advisory to the Afghan president participated in the conference.

The conference is being held before Afghan President Ashraf Ghani's visit to Pakistan, which is expected to take place next Thursday.