The state govt has been directed to put in place a policy that safeguards both the environment and the people engaging in these activities. 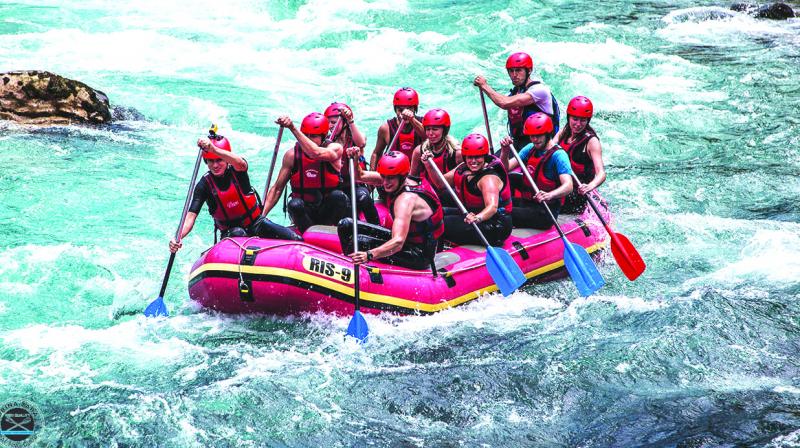 Nainital: In a major setback for adventure tourism and water sports industry in Uttarakhand, the high court has banned river rafting, paragliding and other adventure activities in the hill state.

The Uttarakhand High Court directed the state government to put in place a policy that safeguards both the environment and the people engaging in these activities.

A division bench of justices Rajiv Sharma and Lok Pal Singh ordered the ban in response to a Public Interest Litigation (PIL) filed by Rishikesh-based social activist Hari Om Kashyap, reported Hindustan Times. The order was issued by the HC on Monday, but a copy was made available only on Thursday.

The state which majorly generates revenue from tourism and water sports will now have to regulate the activities and enact a legislation to lift the ban.

Over the past few years, adventure sports has seen a huge surge in the state with adventure enthusiasts flocking from all over the country.

Whitewater rafting in Uttarakhand is valued at a yearly Rs 75-80 crore. It employs 5,000 – 7,000 people including guides, cooks, instructors and drivers, according to the HT report.

The petitioner in his PIL has claimed that temporary structures have been set up on the banks of the Ganga. He also claimed that illegal leases were being granted to agencies for operating along the 36-km stretch of the Ganga.

The court observed there was enough evidence to prove that the sanctity of Ganga was not being maintained. Pictures of people drinking near the river beds were one of them. It also took note of the deaths caused due to the capsizing of boats while rafting.

“The state government cannot be oblivious to its duties to regulate and restrict the unauthorized activities. The white river rafting is a serious sport. Paragliding is equally dangerous if not regulated. The water sports in big lakes like Tehri Dam can prove fatal. These are required to be regulated,” the court observed, reported HT.

In order to control environmental pollution, the court has also ordered the state government to not allow vehicles up to the river to avoid traffic congestion.