Earlier Naidu said seeking loan waiver has become a 'fashion' now but it is not the final solution. 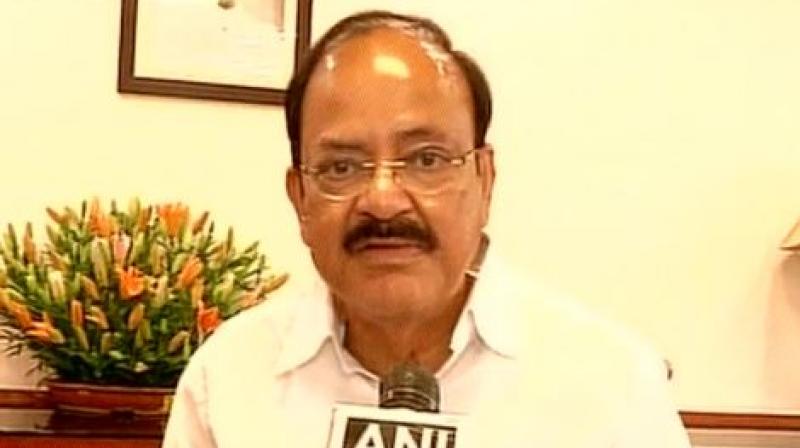 New Delhi: Under attack for his remark that seeking agriculture loan waiver has become a "fashion", Union minister M Venkaiah Naidu on Thursday clarified that he was referring to the "fashion of political parties" competing with each other to ask for debt relief.

Stating that waiver of farm loans alone was not the solution to farmers' distress, Naidu said it could be a temporarily solution, that too in distress or extreme situations.

Read: Loan waiver is now fashion, should only be given in extreme cases: Venkaiah

Naidu said the political parties should focus on "long- term solutions" such as improving infrastructure, rural roads, assured power supply, provisions of cold storage and godowns and providing affordable and timely cheap credit to farmers, besides providing market facilities for their produce.

"We have to take care for these measures. We have not done it in so many years after Independence," he said.

Naidu said political parties should focus on bringing in structural policy changes, instead of adopting short-term measures such as loan waiver.

Listing out various initiatives, he said the Modi government had taken a number of steps to improve the situation of farmers and referred to Comprehensive Crop Insurance Scheme, Soil Health Card and Pradhan Mantri Krishi Sinchai Yojana.

Naidu said it was "surprising" that political parties which were in power for years and "did nothing" for farmers, are trying to blame this government for the farmers' plight.

Earlier in Mumbai, Naidu had said at an event that seeking loan waivers had become a "fashion" now but it was not the final solution and should be considered in extreme situations.

The Aam Aadmi Party and the CPI(M) attacked him for his comment that seeking loan waivers had become a "fashion".