India   All India  22 Jun 2017  Loan waiver is now fashion, should only be given in extreme cases: Venkaiah
India, All India

Loan waiver is now fashion, should only be given in extreme cases: Venkaiah

Meanwhile, farmers' protest turned violent on Thane-Badlapur highway as they said, their land is being acquired by the Ministry of Defence. 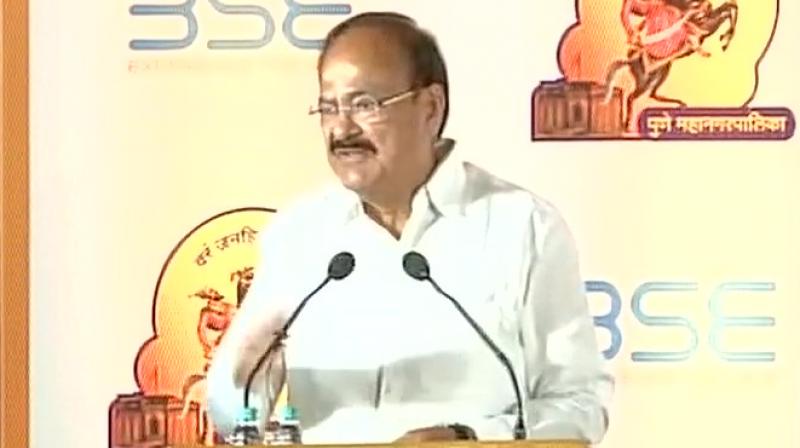 Mumbai: Union Urban Development Minister M Venkaiah Naidu on Thursday said that loan waivers have become fashion now and should be waived in extreme situations only.

"Loan waiver has become fashion now. It should be waived but in extreme situations only. It's not a final solution. You have to take care of systems. The farmers should be taken care of in distress," Naidu said at India's largest municipal bond programme in Mumbai.

Meanwhile, the farmers protest in Maharashtra turned violent on Thane-Badlapur highway as the protesting farmers said that their land is being acquired by the Ministry of Defence.

Additional forces have been sent to the spot including riot control vehicles.

Madhya Pradesh's Mandsaur district became the epicentre of farmers' agitation over a demand for loan waivers and better prices for their produce.

During the agitation, six farmers were gunned down by the police, thereby drawing criticism from political parties.

The situation forced the district officials to impose Section 144, and restricted prominent personalities from visiting the violence-hit district.

A number of political leaders, including Congress Vice-President Rahul Gandhi and social activists tried to visit Mandsaur but the police didn't let them enter the area.

Section 144 was later revoked ahead of Madhya Pradesh Chief Minister Shivraj Singh Chouhan's visit to the families of the deceased farmers.

Naidu also said that one more round of smart cities will be announced in Delhi on Friday.

Meanwhile, Naidu tweeted, "I compliment Pune Municipal Corporation for reviving the mechanism of municipal bonds. Proceeds will be used for a 24x7 water supply project."