J&K: 3 LeT millitants gunned down by security forces in Pulwama

This is the first successful counter-insurgency operation in Pulwama area which is believed to have large presence of local terrorists. 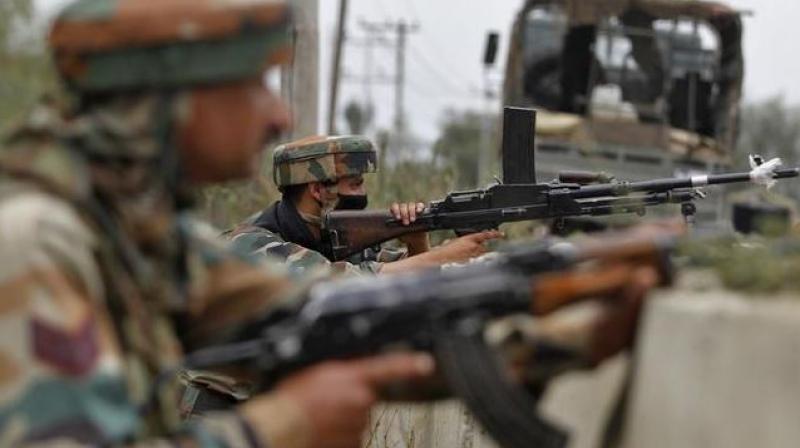 Srinagar: Security forces on Thursday gunned down three Lashkar-e-Taiba terrorists in an encounter that lasted for over six hours in Pulwama district of South Kashmir. AK-47 Rifle with ammunition and other war like stores were also recovered.

The slain terrorists have been identified as Majid Mir, Shariq Ahmad and Irshad Ahmad.

The encounter started last evening in Kakapora area of Pulwama following an intelligence input that three local boys, who had joined terrorist ranks in banned Lashker-e-Taiba terror group, were holed up in a house located in a densely populated locality, a police official said.

This is the first successful counter-insurgency operation in Pulwama area which is believed to have large presence of local terrorists aided with a strong-network of over ground workers, he said.

The identity of the three terrorists was being established, he said, adding the successful operation was a big blow to the LeT terror outfit which recently lost its commander Junaid Mattoo in an encounter at Arwin village in Anantnag district of South Kashmir on June 17.

This is the second successful operation against the terror outfit within three days.

Two terrorists were killed in an encounter in Sopore township of Baramulla district in north Kashmir on Wednesday.