Farmer hangs self over debt payment issue in MP's Sagar

Reportedly, the total number of farmer suicides in Madhya Pradesh has now risen to 17 since the protests started in Mandsaur on June 6. 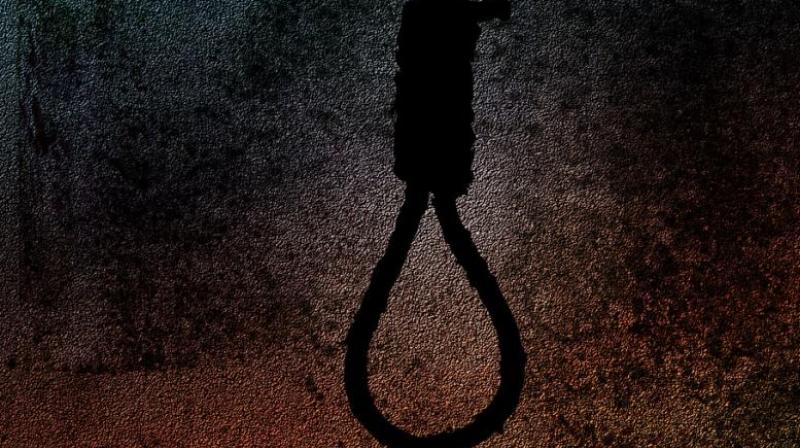 According to the suicide note, the moneylender was troubling the farmer even after paying his debt. (Photo: File/Representational)

Sagar (Madhya Pradesh): A debt-ridden farmer committed suicide by hanging himself in Madhya Pradesh's Sagar and left behind a suicide note.

The farmer was disturbed due to debt.

The farmer took the debt from a person named Shankar Udayniya.

According to the suicide note, Shankar was troubling the farmer even after paying the debt.

Reportedly, the total number of farmer suicides in Madhya Pradesh has now risen to 17 since the protests started in Mandsaur on June 6.

On June 17, a 40-year-old farmer Jagdish Mori committed suicide in Dhar by consuming poison allegedly due to being under debt.

On June 16, a debt-ridden farmer Kalla unable to pay off loan of Rs 40,000, committed suicide in Shivpuri.

55-year-old Kalla committed suicide by hanging himself from a tree.

His family did not even have the money to cremate him. The villagers somehow managed to collect money for the cremation.

The recent suicides, however, come in the wake of the farmers' agitation in Mandsaur.

Mandsaur became the epicentre of farmers' agitation over a demand for loan waivers and better prices for their produce.

A number of political leaders, including Congress Vice-President Rahul Gandhi and social activists tried to visit Mandsaur but the police didn't let them enter the area.

Section 144 was later revoked ahead of Madhya Pradesh Chief Minister Shivraj Singh Chouhan's visit to the families of the deceased farmers.