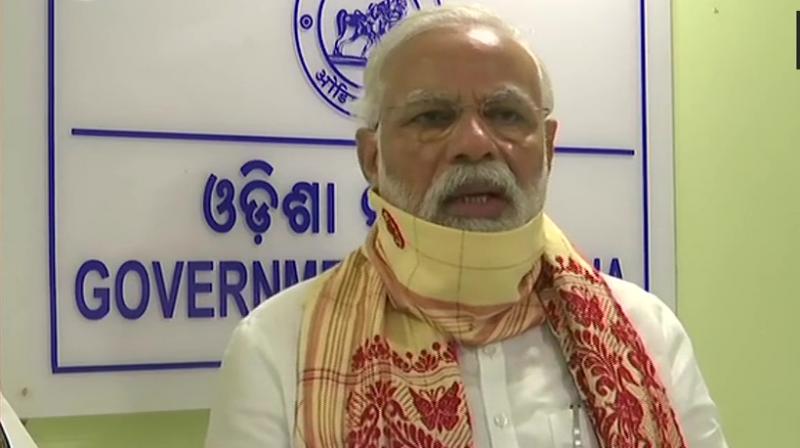 The prime minister said further assistance will be provided for long-term rehabilitation measures after getting a detailed report from the state government.

The leaders toured districts such as Jagatsinghpur, Kendrapara, Bhadrak, Balasore, Jajpur and Mayurbhanj for about 90 minutes.

Union ministers Dharmendra Pradhan and Pratap Sarangi were also present at the review meeting held at the premises of the Biju Patnaik International Airport here.

Modi said that though the Odisha government has been able to save lives by undertaking preparations well in advance, the cyclone has caused damage to housing, power and infrastructure, besides the agriculture sector while moving towards West Bengal.

Complimenting the people of Odisha, administration and the chief minister for saving lives, Modi said the disaster posed a serious challenge before the state as it struck at a time when everyone is engaged in a formidable battle against Covid-19.