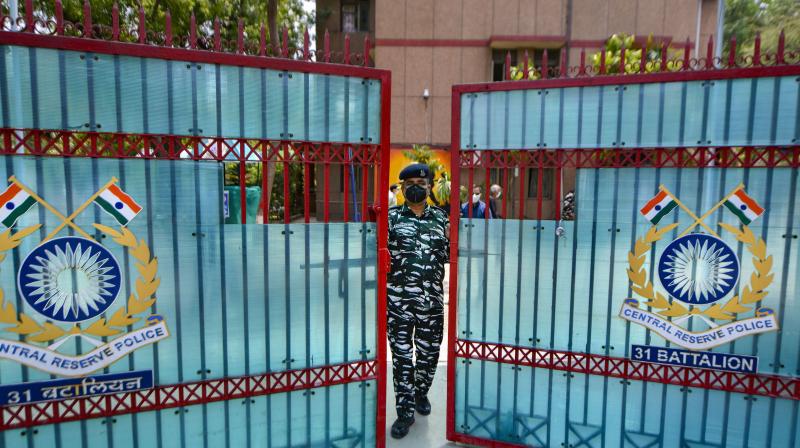 New Delhi: A 50-year-old assistant sub-inspector of the Central Reserve Police Force was among 132 people who died in the last 24 hours due to novel coronavirus on Thursday. This is the second death linked to the pandemic in the country’s largest paramilitary force, which has 3.25 lakh personnel.

The ASI was suffering from liver cancer and was infected by Covid-19 some time back. CRPF also reported 9 fresh positive cases on Thursday and its active cases now stand at 121.

Of all the fresh deaths reported in the last one day, highest was from Maharashtra (65), followed by Gujarat (30). Delhi reported 8 deaths in one day.

However, several areas in the country continue to show up new cases. Uttar Pradesh reported 181 fresh Covid-19 cases on Thursday, taking the total number of cases to 5,356 while 127 people have died of the disease so far.

Many of the fresh Covid-19 cases were attributed by officials to migrants who returned from other states recently. With over 20 lakh migrant workers returning to UP in the last few days, the state on Thursday saw a quantum jump in the Covid-19 cases with overall 1,230 people testing positive, including 95 in Barabanki. In UP, urban areas in Gautam Buddh Nagar and Ghaziabad were categorised as “red zones” for Covid-19.

Bihar and Himachal Pradesh, too, recorded several cases. Kerala registered 24 Covid-19 cases for the second consecutive day on Thursday, all returnees from abroad and other states, taking the tally to 690 while over 80,000 are under observation.

Meanwhile, Indian Council of Medical Research in collaboration with department of health and family welfare and national centre for disease control is conducting a community-based sero-survey to estimate the prevalence of SARS-CoV-2 infection in Indian population.

Health ministry officials said a team of researchers from Jawaharlal Nehru Centre for Advanced Scientific Research (JNCASR), along with a collaborator from IISc, Bengaluru, have developed a heuristic predictive model for Covid-19 that provides short-term predictions about the evolution of the disease and the medical needs that are generated as a consequence.