Srisailam was speaking on irregularities going on in gurukuls and social welfare residential schools in Telangana. 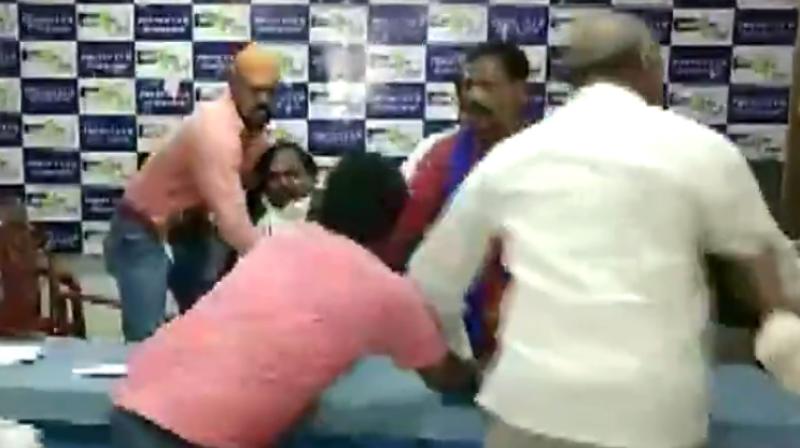 The incident took place on Tuesday.

According to Panjagutta police, Srisailam was speaking on the irregularities going on in gurukuls and social welfare residential schools in Telangana when he was allegedly thrashed by one Alexander, a PhD student from Osmania University, and his associates.

Police said that Alexander and his associates alleged that they were attacked by Srisailam's followers.

A case has been filed in the matter. The investigation is underway.