India   All India  22 May 2018  Govt working out on formula to bring down fuel prices, says Amit Shah
India, All India

Govt working out on formula to bring down fuel prices, says Amit Shah 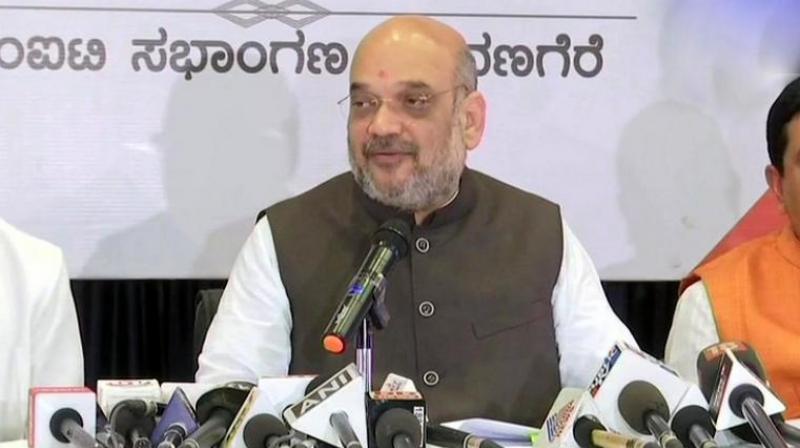 BJP president Amit Shah said, 'Petroleum minister will have a meeting with the officials of the oil companies tomorrow. We are working out a formula to reduce the prices.' (Photo: File)

New Delhi: With petrol and diesel prices touching record high, BJP national president Amit Shah on Tuesday said the government is taking the matter seriously and is working out on a formula to bring down the prices and ease the burden on consumers.

Addressing the media in Delhi, Amit Shah said, “Petroleum minister will have a meeting with the officials of the oil companies tomorrow (Wednesday). We are working out a formula to reduce the prices,” he said.

Meanwhile, news agency PTI, citing a senior government official, reported that the administration is likely to come out with “some steps” this week to deal with rising fuel prices. The government may not rely only on cutting excise duty, which makes up for a fourth of the retail selling price, the official said without elaborating further.

“Rising fuel price is a crisis situation for government and it has to be handled with combination of steps. Finance ministry is consulting the petroleum ministry on rising crude prices,” he said.

The prices in Delhi are the cheapest among all metros and most state capitals.

Petrol price on Tuesday touched a record high of Rs 76.87 per litre, while that of diesel stood at Rs 68.08 in New Delhi as oil firms raised prices for the ninth day in a row.