India   All India  22 May 2017  PoK anthem played ahead of cricket match in J&K's Pulwama, police begins probe
India, All India

Posters of slain militants were also allegedly put up around the ground while post-match awards were named after some of the slain ultras. 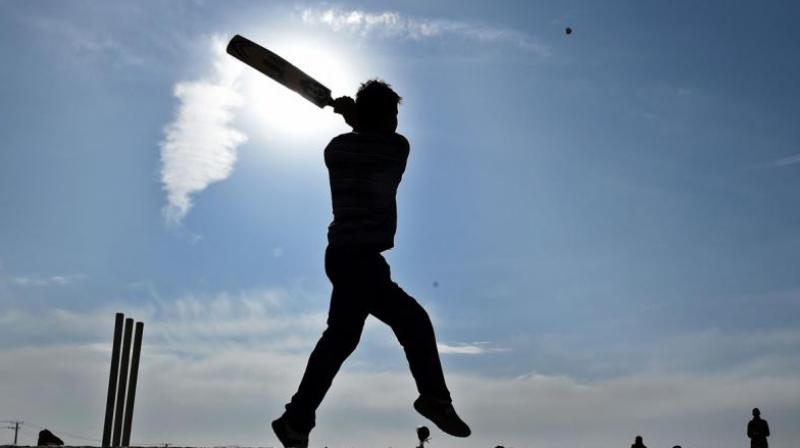 Srinagar: A video showing anthem of Pakistan-occupied Kashmir being played before the start of a cricket match in south Kashmir's Pulwama district has gone viral on the social media, prompting police to initiate a probe.

The video, shot at Pulwama district stadium on Sunday, shows two teams – Shining Stars Pampore and Pulwama Tigers - lined up before the start of the final match of a cricket tournament and the anthem of Pakistan-occupied-Kashmir (PoK) was being played.

After it went viral on the social media, police took cognisance and started a probe.

"Police has taken cognisance of the video and started investigation," an official said.

Posters of slain militants were also allegedly put up around the ground while post-match awards were named after some of the slain ultras.

The Pulwama stadium where the cricket match was being played is adjacent to the Degree College, which has been at the centre of the ongoing student protests in the Valley.

The incident comes one-and-a-half-month after a video showing members of two local cricket teams, dressed in Pakistani team uniform, singing the national anthem of the neighbouring country before the start of a match.

Soon after the video went viral, the state swung into action.