India   All India  22 May 2017  No helmet, no fuel: Lucknow police launch drive to ensure bikers' safety
India, All India

To ensure the implementation of the idea, according to reports, a senior police official had helped set up a meeting with pump owners. 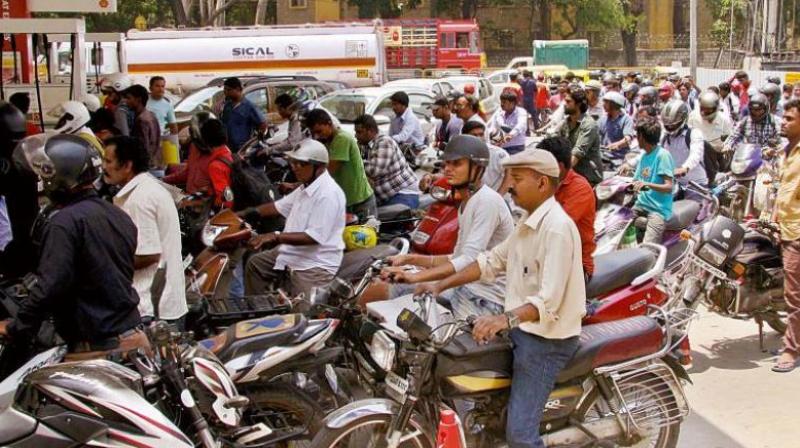 Lucknow: In an endeavour to ensure safety and discourage bikers riding without helmets, the Lucknow Police has taken a unique step to not allow anyone to refill their vehicles if caught without the protective head gear.

This unique concept will commence from today under the slogan 'No Rule, No Fuel'.

"This is a very good decision, this step should have been taken by the government much earlier," said a local.

To ensure the implementation of the idea, according to reports, a senior police official had helped set up a meeting with pump owners.

The state government had, however, asked all petrol pumps to report vehicle numbers to transport authorities whenever they found a two-wheeler rider without a helmet.

This drive would go on for a week, after which the police will start issuing challans.

Lucknow Police is also planning to start a campaign to ensure seatbelts for a safe driving experience, along with compulsory use of helmets.

It is pertinent to mention here that Lucknow has been witness to heavy traffic snarls and road accidents continue to be the single-largest cause of deaths in the city.