India will get Israeli Barak 8 missiles in Rs 4,100 crore deal

India is Israel’s largest buyer of military hardware over the last few years. 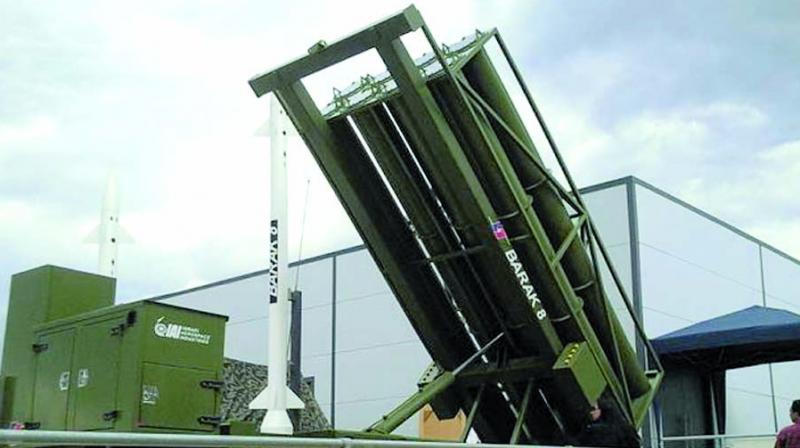 The missiles will be fitted on four Indian Navy ships.

New Delhi: In a significant move to boost its naval firepower, India will buy an additional Rs 4,100-crore worth of Barak 8 missiles and missile defence systems from Israel Aerospace Industries (IAI), the Israeli company announced on Sunday.

The missiles will be fitted on four Indian Navy ships. The state-owned Bharat Electronics Limited will carry out the contract under the “Make in India” policy.

PM Narendra Modi is expected to visit Israel in July which will also mark the 25th anniversary of establishment of diplomatic ties between the two countries.

Israeli President Reuven Rivlin had visited India in November 2016 during which both sides had decided to “broadbase” their already close defence partnership.

India is also Israel’s largest buyer of military hardware over the last few years. This includes, besides missiles, various weapons systems and unmanned aerial vehicles. India was the world’s biggest buyer of weapons from 2012 to 2016, accounting for 13% of the global total.

The long range surface-to-air missiles (LRSAM) Barak can track and shoot down incoming subsonic and supersonic missiles, fighter aircraft, maritime patrolling aircraft, helicopters and sea skimming missiles and other airborne objects up to a range of 80 km.

Last week, India successfully tested the Barak LRSAM which was fired after the advanced phased-array radar onboard a Indian Navy ship identified an air-borne threat. The target was successfully neutralised demonstrating the system’s operational capabilities.

Joseph Weiss, IAI president and CEO, said, “The new contract adds to other deals signed in the last decade by IAI with India’s defence forces.”