There has been intense speculation over the last few days about the Tamil superstar’s entry into politics. 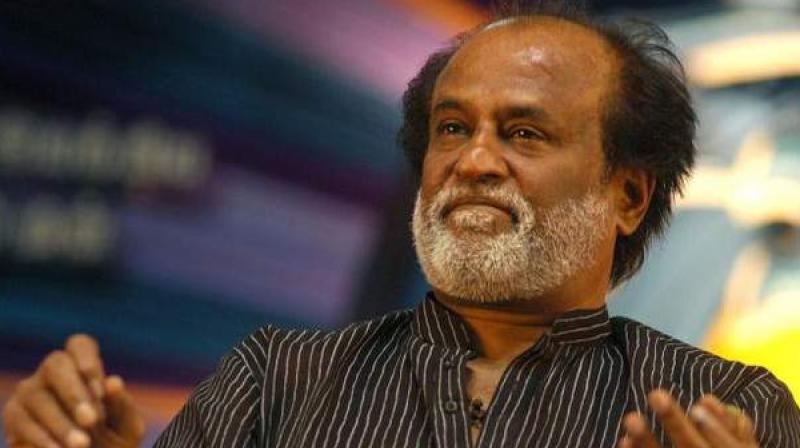 Members of a fringe pro-Tamil outfit on Monday burnt an effigy of actor Rajinikanth, opposing his entry into politics. (Photo: PTI/File)

Chennai: Members of a fringe pro-Tamil outfit on Monday burnt an effigy of actor Rajinikanth, opposing his entry into politics.

With the 'Tamizhar Munnetra Padai' planning to picket the actor's house at Poes Garden, security was stepped up there.

The slogan-raising activists burnt an effigy of the actor at the busy Cathedral Road, police said, adding that scores of members of the outfit were detained.

The activists raised slogans against Rajinikanth's possible entry into politics, an issue which has gained steam following his hints last week that he could take the plunge.

The actor's Kannada origins are often a focal point of discussion in Tamil Nadu, with pro-Tamil groups raising the pitch whenever the Cauvery river water sharing dispute between Tamil Nadu and Karnataka escalates.

Intense speculation has ruled the grapevine for the past couple of days about the Tamil superstar’s entry into politics after Rajinikanth, in an interaction with fans, said that he is a “Pachchai Thamizhan” and asked them to be prepared for “war”. Last week, the superstar said he would join politics if 'God wants me to'.

A number of BJP leaders have warmed up to the idea of Rajinikanth joining the party. Union Minister Pon Radhakrishnan had welcomed the star to join the BJP, and the party’s Tamil Nadu chief Tamilisai Sounderajan had on Sunday said that BJP would be strengthened if Rajinikanth joined the party.

BJP chief Amit Shah had also expressed his approval of the Superstar joining the saffron party. According to reports, Amit Shah said to a news channel, “Every good person is welcome to join politics,” but added that only Rajini could decide when to enter politics.

But Union Minister M Venkaiah Naidu on Sunday also said he was not aware of any possible meeting between actor Rajinikanth and Prime Minister Narendra Modi.

”Rajinikanth is a great actor. Modi is a great leader. If he wants to meet the Prime Minister, there is no problem", Naidu told reporters in Bengaluru.

But Tamil Nadu Congress Committee chief S Thirunavukkarasar said that he believes that Rajinikanth, who is his friend since 35-40 years, will float his own party.