India   All India  22 May 2017  Army major who tied man to jeep in Kashmir awarded
India, All India

Army major who tied man to jeep in Kashmir awarded

In the video, the army was heard announcing ‘this is how stone throwers will be dealt with.’ 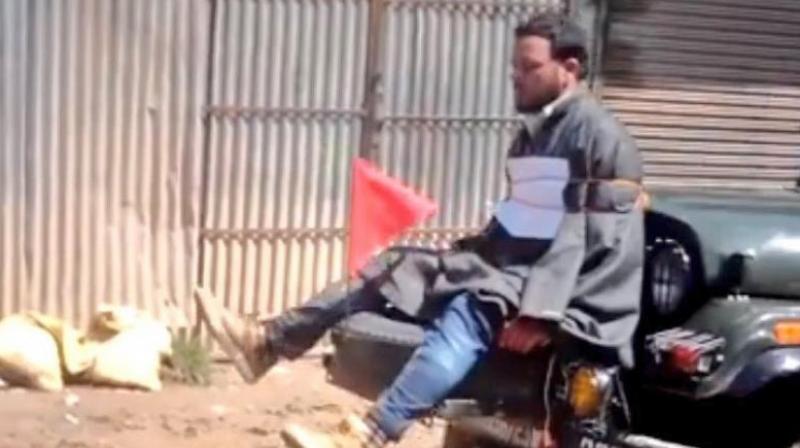 Man tied to the jeep by the armed forces. (Photo: File)

New Delhi: An Army Major, who had tied aKashmiri man to a jeep in Kashmir, has been awarded by Army Chief Gen Bipin Rawat for his 'sustained efforts' in counter-insurgency operations.

The Army Chief's 'Commendation Card' for Major Leetul Gogoi comes even as a Court of Inquiry into the tying of the Kashmiri man to the jeep's bonnet purportedly as a shield against stone pelters was going on.

Gogoi was awarded during Gen Rawat's recent visit to Jammu and Kashmir.

A video, showing the man tied to the army vehicle during polling in the Srinagar Lok Sabha by-election on April 9, had triggered a public outcry, prompting the Army to institute a probe.