India   All India  22 Apr 2020  Hyderabad skylines to get a makeover without hoardings
India, All India

Hyderabad skylines to get a makeover without hoardings

New advertisement policy has been issued for GHMC area limit 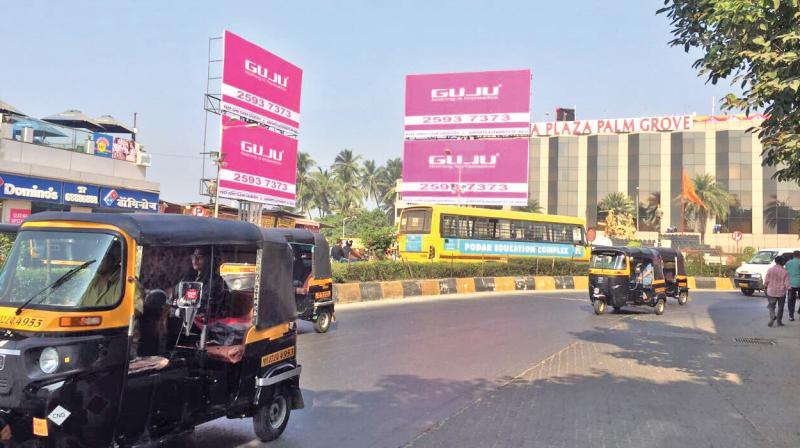 As per the orders issued on Monday, advertisement-related structures that stand 15 feet above the ground level will be removed once their license period is over. File Photo

Hyderabad: The city’s skyline will be getting a new look in the months to come with all advertisement hoardings, as well as the tall unipole structures that are more than 15 feet tall, set to be taken down.

The municipal administration and urban development department has issued a new advertisement policy for immediate implementation in the Greater Hyderabad Municipal Corporation area that limits not just the height of advertisement hoardings but also just how much space they can occupy on the facade of buildings.

Limits have also been prescribed on how bright illuminated advertisements, including neon/glow sign boards, and add-on advertising elements on cars and other vehicles can be.

As per the orders issued on Monday, advertisement-related structures that stand 15 feet above the ground level will be removed once their allotted licence period is over. Many have already been identified for removal and these include the metal skeletal structures on top of buildings which are an eyesore.

“The new policy adopts the best practices from across the country and the world and is in many ways designed to reduce and eliminate distractions to road users. Another important aspect is safety of people as we have had in the past instances of some hoardings, a few unipoles and flexible banners falling down,” a senior GHMC official told Deccan Chronicle.

Any advertisement that uses flashing lights or non-static illumination will be permitted only after clearance from the traffic police and the High Court. The policy makes it clear that name boards, whether single or multiple, cannot cover more than 15 per cent of the frontage of any building. Those that will be permitted should be placed in such a way that they do not obstruct natural flow or air or block natural light.