Speaking on Sadhvi Pragya, he said that she has been given a clean chit after a false case was filed against her. 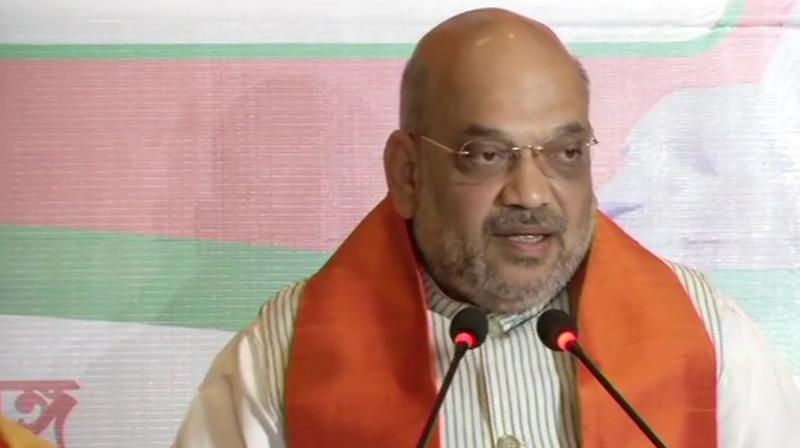 'Democracy has ceased to exist in Bengal, law and order has also failed,' he added. (Photo: ANI | Twitter)

Kolkata: While addressing a press conference in Kolkata, BJP president Amit Shah said, “The refugees who have come from Bangladesh, be it Hindus, Buddhists, Sikhs, Jains, or Christians, BJP has clearly signalled in its 'sankalp patra' that we will give them citizenship.”

“Citizenship Amendment Bill will come first, all refugees will be given citizenship, after that NRC will be made. Refugees shouldn't worry, only infiltrators should. First the CAB will come then NRC, NRC will not be for just Bengal but for the whole country,” Shah said.

Shah assured that Citizenship (Amendment) Bill will be passed after picture in Rajya Sabha changes by 2020.

He said, for India, the 2019 Lok Sabha elections is about taking it to new heights and establishing democracy.

“Democracy has ceased to exist in Bengal, law and order has also failed,” he added.

Speaking on the recent controversial leader Sadhvi Pragya, the BJP president said that she has been given a clean chit after a false case was filed against her.

Sadhvi Pragya, who is out on bail in the Malegaon blast case of 2008, has been fielded by the BJP from Bhopal constituency. "It is absolutely a right decision. The allegations against her are baseless. Nothing against her or Swami Aseemanad have been proved," Shah said while addressing a media conference here.

On being asked if Prime Minister Modi will also contest from West Bengal, Shah said that as of now there is no such plan.