Education can’t be treated as a business

The campus of your dreams may exist, but at the cost of alienating the majority of India’s population. 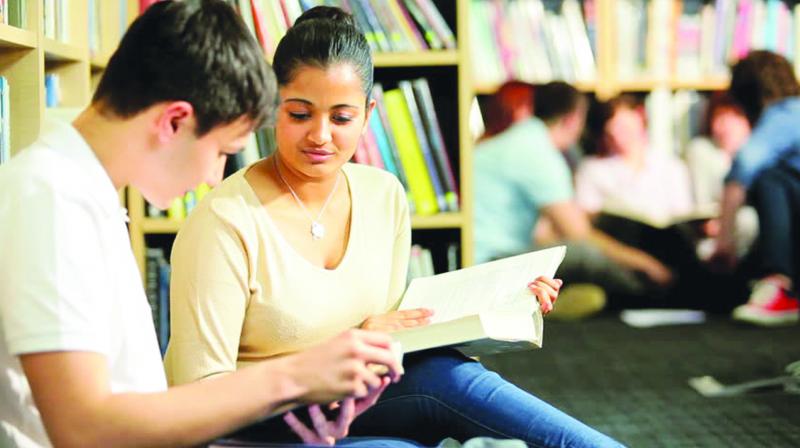 The setting up of universities by displacing large rural populations creates a kind of bubble culture and a dysphoria enters the student’s psyche.

These days, if I happen to visit one of the hip global schools, known to dot our suburbs in the NCR region, I feel that I have stepped onto a KJo set. (That’s Karan Johar for the uninitiated.) Girls and boys are dressed in shorts, tee-shirts and floaters, carrying their Apple laptops with as much casualness as they would their basketballs. They are seen hugging and canoodling in the open, or in some instances striking up an animated conversation with professors on the manicured lawns of the university, sipping their cappuccinos and lattes bought from the vending machines housed in the slick air-conditioned canteen. Welcome to the all private globalised university, welcome to student of the year!

Higher education post privatisation is no doubt in keeping with international standards; in fact one could say that the campus of your dreams may exist in India at last! However it is at the cost of alienating 90 percent of India’s population that can barely afford to send their children for higher studies let alone afford the steep six figure fees that these universities are known to charge. In many of the universities in South Campus that operate under the Delhi board, getting drinkable water is a small miracle, let alone sipping a latte, ala Starbucks. The overstuffed classrooms have a fan at best and if that ceases to work, the teacher is forced to open up the windows—high-tech teaching aids almost seem like science fiction at this point. It is not like public universities do not have funding, but an outdated bureaucratic system ensures that the funds remain trussed in red tape and hardly ever put to use for building better classrooms, ensuring better salaries for teachers and introducing technology and good quality education in public universities.

The privatisation of higher education has unfortunately led to the widening schism between the haves and the have-nots, the monied and the middle class, the elite and the hoi polloi. Need I point out that the complete privatisation is in direct conflict with the Right to Education Act. Education is one of the vital services that a modern state is expected to provide to its people. It is a facility that every welfare democracy is obliged to give in the most accessible form. In India, it was Jawaharlal Nehru’s socialist policy to ensure that education reaches all sections of people. Influenced by Nehru, the central and state governments took the initiative to set up some educational institutions such as IITs, JNU, Delhi University, and Hyderabad University to name a few. However, over the years neo-liberal policies have engendered a change where the welfare module of education has given way to a free market economy that is profit-oriented.

You may call me a killjoy, but the truth of the matter is that in a country with a growing population, higher education for the masses is not just essential but should be mandatory. The sad truth is that the last five years have been marked by a shrinking autonomy for public universities. The Narendra Modi government has replaced grants to public universities with infrastructure loans which are not university-friendly.

Given that these private universities have mushroomed in the suburbs, where there is no university culture and a huge rural population often displaced to make room for the large campuses, it creates a kind of bubble culture and a dysphoria enters the student’s psyche. They live an idealised and isolated life campus that does not prepare them for the harsh realities of the real world. Many of these students who live on campus are ill prepared to deal with the chaos outside their manicured lifestyles.

On a more philosophical level, to quote economist Prabhat Patnaik, “The privatisation of education means handing the education sector to profit making entities. It is a desire to attract direct foreign investment. Likewise in India, policymakers in the education sector often talk about ‘the striving for excellence’, which is nothing other than making ‘education’ a commodity.”

In 2018, the UGC granted autonomy to 62 institutions of higher education in the country including Jawaharlal Nehru University, Hyderabad Central University, Benaras Hindu University and Aligarh Muslim University, etc. These are the institutions which have maintained high academic standards. It creates a huge debate regarding the increasing commercialisation of education sector of the country. Under this order, universities are being asked to generate 30 percent of the additional costs towards revised salaries for teachers and non-teaching staff on account of the seventh pay revision. But if this formula is implemented, higher education will become inaccessible to thousands of students. It means that the burden of providing affordable education would shift to parents and students.

We have to realise that education is not a business. The approach towards education cannot be clubbed with the same modules used for the growth of the economy in other sectors like nutrition, health and infrastructure. The privatisation of education unfortunately has several consequences such as homogenisation of critical thinking, and a marginalisation of students from backward communities and sections.

Currently, I would say that the semi-privatisation module has been pretty successful in India, since it provides a balance, between quality education and accessibility. The universities that follow this module are currently also filling the function of reaching out to minority communities like Muslims (Jamia Millia Islamia), Christians (Jesus and Mary College and Stephens) and Sikhs (Khalsa). The government could take a leaf out of the book of these semi private universities that run harmoniously alongside the private institutions.

If we are to continue to remain a democratic nation, we need to be promote education that is provided by the state alongside the growth of the private sector as well. Promoting a divide in the access of higher education will always lead to a domination of the moneyed classes and that is never good for the growth of a country and its people. To paraphrase Pandit Nehru, “A university stands for humanism, tolerance, reason, adventure of ideas and for the search of truth.”