India   All India  22 Apr 2017  Railway station where PM sold tea in childhood gets 8 cr, to be revamped
India, All India

Railway station where PM sold tea in childhood gets 8 cr, to be revamped

Sinha was in Sachana village to inaugurate the Inland Container Depot, built by the Continental Warehousing Corporation (Nhava Seva) Ltd. 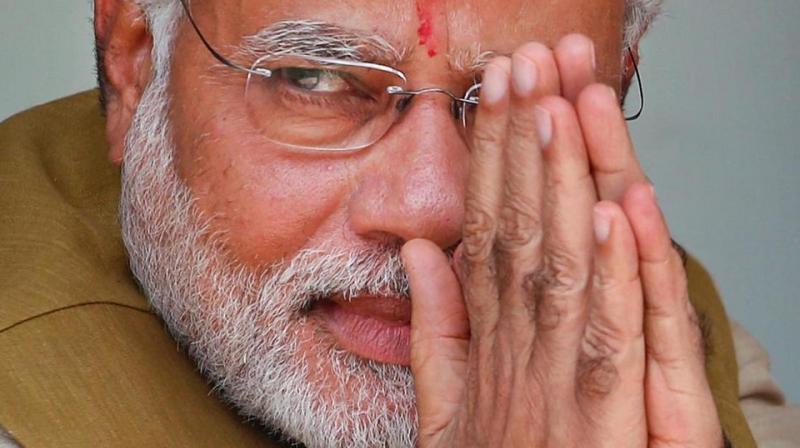 Union Minister Mnaoj Sinha said that the ministry is also considering the implementation of a time table for all the goods trains in line with the passenger trains. (Photo: AP)

Sachana (Ahmedabad): The Vadnagar railway station in Gujarat where Prime Minister Narendra Modi used to sell tea during his childhood is to get a facelift worth Rs 8 crore, Union minister Manoj Sinha said in Sachana today.

"A sum of Rs 8 crore has been sanctioned for the development of Vadnagar railway station in Mehsana district," the minister of state for railways said. Sinha was in Sachana village on Saturday to inaugurate the Inland Container Depot (ICD), built by the Continental Warehousing Corporation (Nhava Seva) Ltd.

Ahead of the 2014 Lok Sabha elections, Modi had often mentioned that he used to sell tea during his childhood at the Vadnagar railway station along with his father. Vadnagar town is also the birthplace of Modi.

"The development of Vadnagar railway station is one of the components of the Rs 100 crore project to develop Vadnagar, Modhera and Patan as tourist destinations. As of now, the Ministry of Tourism has given Rs 8 crore to the state Tourism Department to develop the railway station," Kumar said.

He said railways has already undertaken a project for converting the meter gauge line on the Vadnagar-Mehsana route into the broad gauge line. Meanwhile, Sinha said his ministry is considering the implementation of a time table for all the goods trains in line with the passenger trains.

"At present, goods trains do not run as per any time table. Thus, we have initiated a pilot project wherein three to four such trains are plying as per their time table. After analysing the outcome of the project, we are considering to implement this system for all the goods trains," the minister said.