Arun Jaitley takes up H-1B issue with US govt official

Arun Jaitley is in the US to attend the annual spring meetings of the International Monetary Fund and the World Bank. 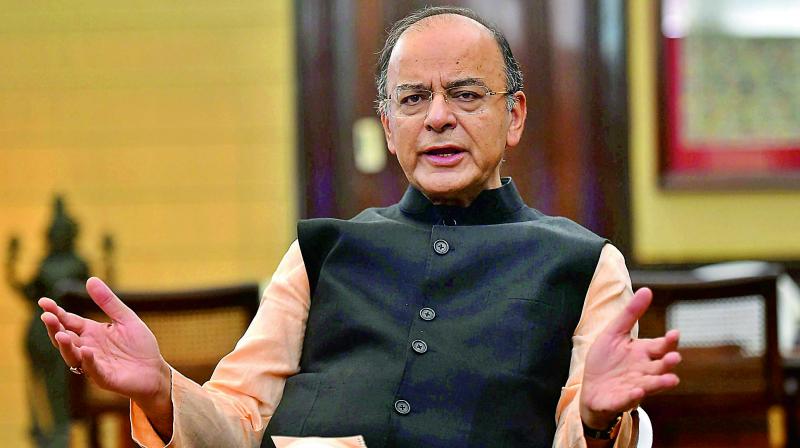 New Delhi: Union finance minister Arun Jaitley raised the issue of tightening of the H-1B visa regime with US commerce secretary Wilbur Ross and emphasised contributions of skilled Indian professionals to the US economy.

“Finance minister raised the issue of recent executive orders which indicate a possible tightening of the H-1B visa regime,” said a statement issued by the finance ministry here on Friday. It said that finance minister outlined the significant contributions skilled Indian professionals have made to the US economy and “expressed the hope that the US administration will take this aspect into consideration while taking any decision”.

Mr Jaitley was accompanied by India’s ambassador to the US, Navtej Sarna, and economic affairs secretary Shaktikanta Das. Mr Jaitley is in the US to attend the annual spring meetings of the International Monetary Fund and the World Bank.

The statement said that both leaders emphasised the strength of Indo-US economic relations and the bipartisan support it has acquired over the years. “The finance minister briefed the US commerce secretary on the strength of the Indian economy and the significant structural reforms government of India has undertaken over the last three years,” it said.

According to agency reports, Mr Ross is believed to have said that the US has started the process of reviewing H-1B visa issues, and no decision has been taken on them yet. Mr Ross is understood to have said that whatever the outcome of the review process, the Trump administration’s objective is to have a merit-based immigration policy that gives preference to highly-skilled professionals, said the report.

A high-powered Ficci business delegation led by its president Pankaj R. Patel is also accompanying  Mr Jaitley to the United States from April 20 to 24. The Ficci delegation is expected to give the visiting delegation a chance to share with officials from the new US administration perspective on the robust business ties between India and US.