The patient had recently visited Australia and Dubai 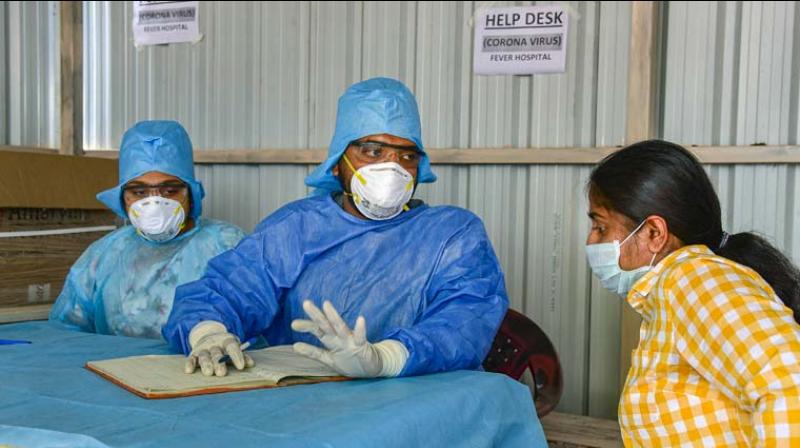 The 33-year-old had come to the city on 12th March after touring Australia and Dubai. (PTI)

Hubballi: One resident of Hosayallapur layout in Dharwad has become the 21st COVID-19 positive person in Karnataka, indicating entry of coronavirus to Mumbai-Karnataka region.

He was admitted to a private hospital on 18th March after identified to have symptoms of the virus. The health officials had sent necessary samples for conducting tests in VDRL laboratory in Shivamogga.

The 33-year-old had come to the city on 12th March after touring Australia and Dubai.
The district administration has declared entire Hosayallapur layout as confinement zone and restricted people travelling any farther than 3 km radius of the locality.

Health officials are also tracing out people who could have come into contact with the virus-infected person. He is currently undergoing treatment at Karnataka Institute of Medical Sciences (KIMS).

The administration has also set up check posts at various places in the twin cities to control the spread of coronavirus.

Meanwhile, prime minister's call for Janata Curfew has evoked good response in North-Karnataka as people have been staying indoors since early morning on Sunday. All business establishments are shut and bus services are suspended.

Addressing the press, industries minister Jagadish Shettar said that separate laboratories will be set up in Hubballi and Belagavi as people of North-Karnataka have to depend on Bengaluru and Shivamogga to get their samples tested.

"We are facing the 2nd stage of coronavirus threat. We are conducting thermal screening of the passengers who land at Hubballi and Belagavi airports from Mumbai. We have directed private hospitals to provide necessary treatment to the people who are suspected to be infected with the virus. We also have other options to take action on private hospitals if they refuse to give treatment", Shettar said.