Parrikar, 63, died on Sunday after a year-long battle with a pancreatic ailment. 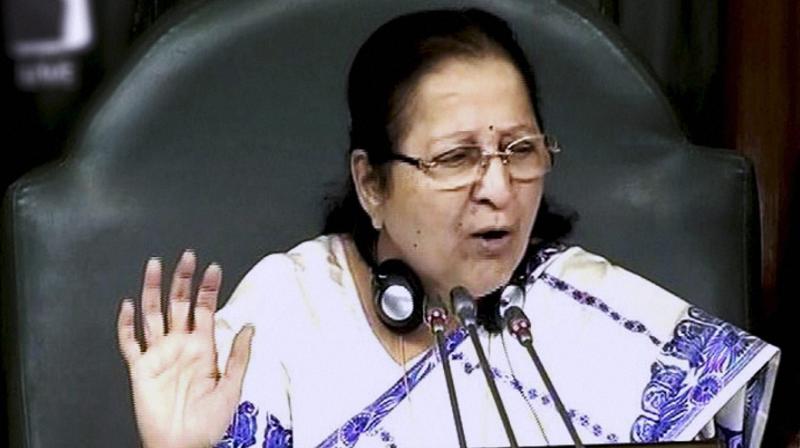 Panaji: Lok Sabha Speaker Sumitra Mahajan Friday visited the family members of late Goa Chief Minister Manohar Parrikar at their residence in Dona Paula near here. "Mahajan spent almost half-an-hour with Parrikar's family members, including his sons- Utpal and Abhijat," a senior BJP official said. "During the interaction, Mahajan remembered Parrikar's contribution as the defence minister of the country," he said. Parrikar, 63, died on Sunday after a year-long battle with a pancreatic ailment.