The CRPF has ordered a commission of inquiry into the incident, the sources in the force said. 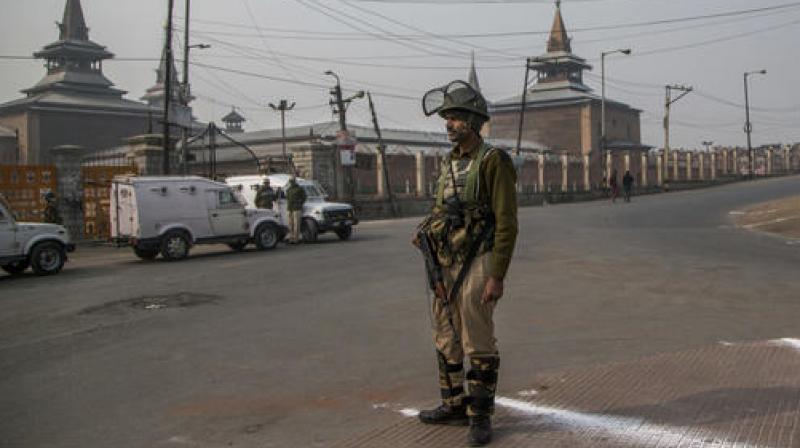 All the three injured men succumbed in the hospital. Subsequently, the CRPF jawan Kumar shot himself also but survived the apparent suicide attempt, the officials said.

Officials said that a CRPF jawan Ajit Kumar shot and critically wounded his three colleagues after an altercation inside its 187 battalion headquarters at Battal Ballian area of Udhampur at 10.15 pm on Wednesday.

All the three injured men succumbed in the hospital. Subsequently, the CRPF jawan Kumar shot himself also but survived the apparent suicide attempt, the officials said.

Dr Vijay Bansotra, medical superintendent of the district hospital Udhampur, said that four CRPF jawans were brought to the hospital. “Three of them succumbed. The fourth one was critical and has been evacuated to the military command hospital,” he added.

Jammu’s inspector general of police Manish Kumar Sinha said that the police has taken up the investigation and further details of the incident are being ascertained. Station House Officer Udhampur Vijay Singh Choudhary said that as per an initial report Kumar opened fire on his colleagues in a fit of anger. “He shot himself also and was rushed to the hospital,” he said. The CRPF has ordered a commission of inquiry into the incident.

An earlier report had said that the CRPF personnel fired at each other after an altercation took place among them over some issue.

The CRPF has ordered a commission of inquiry into the incident, the sources in the force said.

“A team of senior officers is probing the incident to ascertain what exactly led to the fatalities”, the sources said.

Such incidents are not uncommon in J&K ravaged by a three decade old militancy and violence.

As per official statistics, hundreds of incidents of fratricide and suicide have taken places within the security forces during this period.

Stress is mainly believed to be the root cause of the incidence although the Army as well as paramilitary forces have initiated ‘concrete steps’ in the light of "in-depth" analysis of past incidents and identification of windows of prevention which have helped in addressing the issue greatly.

While the Army has set up help lines and yoga classes to help the soldiers deal with stress, the CRPF and Border Security Force hold regular shows to entertain their men. However, main reasons of members of the security forces' resorting to extreme steps continue to be denial of leave and their being forced to perform duties for long periods in tough conditions including counter-insurgency operations, a recent survey had said.