Justice John Michael Cunha set aside the MHA's order saying there was no substance in it. 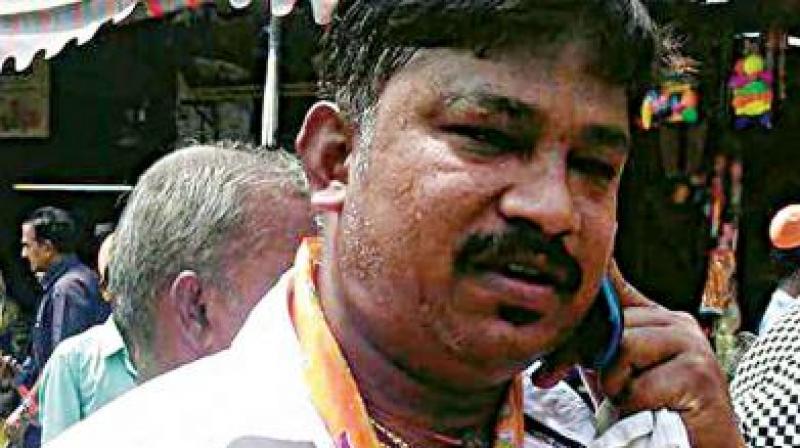 RSS leader Rudresh, who was killed by a fanatical Islamic group/. (Photo: File)

Bengaluru: The Karnataka High Court today quashed a Union Home Ministry's order to the NIA to take over the probe into the murder of RSS leader R Rudresh and directed the local police instead to investigate the case.

Justice John Michael Cunha set aside the MHA's order saying there was no substance in it.

"There is no substance and importance made out for the MHA to pass an order, directing the National Investigation Agency to probe into the Rudresh murder case, and hence the order stands rejected," he said.

The high court order came on a petition by Azim Shariff, the leader of a radical Islamic outfit Popular Front of India and four others, challenging the Union Home Ministry's order to the NIA to probe the case.

The five have been arrested for their alleged roles in the murder case. Shariff was arrested on November 2, 2016.

The petitioners had also challenged the Bengaluru police decision to invoke the provisions of the country's anti-terror law, the Unlawful Activities (Prevention) Act, 1967 in the case.

Appearing for the petitioners, advocate Shyam Sundar submitted that the Union Home Ministry had not followed the procedures while passing the order.

Sundar also argued that if the probe is done by the NIA, it would amount to stigmatising the petitioners as terrorists.

"By allowing NIA to probe into the case, a situation will arise wherein the investigating authorities will be in search of terrorists inside of the real killers," he argued.

The killing of Rudresh last year had raised a political storm with the saffron parties staging huge protests in Karnataka.

The issue snowballed into a major controversy when BJP leader and former minister Shobha Karandlaje alleged the involvement of a state minister in the incident.

35-year-old RSS worker Rudresh was hacked to death by two motorcycle-borne men here on October 16 while returning home with his friends after attending a Sangh event.

Four persons were arrested for their alleged roles in the incident on October 27 last year.