The facility will be extended to all personnel of the Central Armed Police Forces (CAPFs)”. 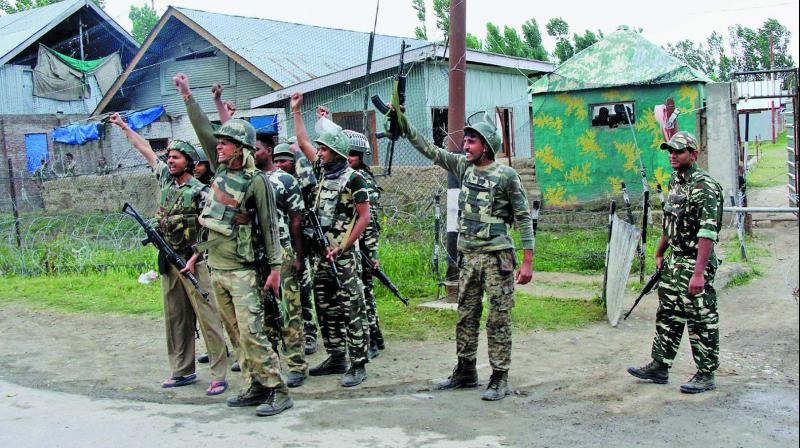 The new facility would be in addition to the already existing air courier services for CAPFs where an entire aircraft is booked for the force personnel from either Delhi or Jammu to Srinagar and back. (Photo: PTI)

New Delhi: In the wake of the Pulwama terror incident, the Union home ministry in an important move has decided to allow free commercial flights for paramilitary personnel to either join duty or go on leave on air routes like Delhi-Srinagar, Srinagar-Delhi, Jam-mu-Srinagar and Srinagar-Jammu.

The facility will be extended to all personnel of the Central Armed Police Forces (CAPFs)”.  Till now, this air travel facility was given only to officers in the rank of inspectors and above but from now all paramilitary personnel irrespective of their rank would be entitled to free air travel on these sectors.

The decision was taken after 40 personnel of the CRPF were killed last Thursday after an explosives-laden vehicle was blown by a fidayeen of Jaish-e-Mohammed near a CRPF bus which was part of a security convoy.

Following the incident, questions were raised as to why these troops were not allowed to travel by air in order to minimise the risk and threat of travelling by road. From now on all jawans and sub-officers, the ranks who were killed in the suicide attack.

The new facility would be in addition to the already existing air courier services for CAPFs where an entire aircraft is booked for the force personnel from either Delhi or Jammu to Srinagar and back.

This important decision is expected to benefit more than 7.8 lakh paramilitary personnel of the ranks of constable, head constable and assistant sub-inspector who were not eligible earlier for this facility. The air courier service was already available for paramilitary personnel and this was extended in December 2017 to cover additional routes like Delhi-Jammu, Jammu-Srinagar, Srinagar-Jammu and Jammu-Delhi. The number of flights was also extended in December 2018. In addition, air support is provided from the Indian Air Force as and when required.