Atwal was convicted of the attempted murder of Punjab minister, Malkiat Singh Sidhu, on Vancouver Island in 1986. 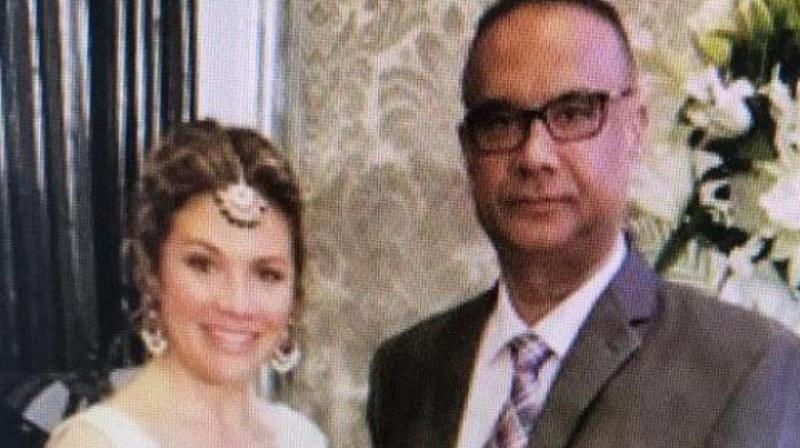 New Delhi: Hours after controversy erupted over the invitation of a convicted Khalistani terrorist to an official dinner reception supposed to be attended by Canadian Prime Minister Justin Trudeau, Canadian MP Randeep S Sarai on Thursday apologised over the issue.

"I alone facilitated his request to attend this important event. I should have exercised better judgment, and I take full responsibility for my actions," Sarai said in a statement.

Photographs from a dinner event for the Trudeaus in Mumbai triggered controversy after it showed convicted Khalistani terrorist, who was active in the banned International Sikh Youth Federation, posing with Trudeau's wife Sophie at an event on February 20.

According to reports, Atwal who was active in the banned International Sikh Youth Federation was also invited for a formal dinner with the Trudeau, hosted by the Canadian High Commissioner in New Delhi.

Atwal was convicted of the attempted murder of Punjab minister, Malkiat Singh Sidhu, on Vancouver Island in 1986 with three others.

Canada PMO clarified that his invitation has been rescinded.

Trudeau said his government has taken the issue very seriously. He said the Khalistani terrorist Jaspal Atwal should never have received an invitation.

Canadian Minister Kirsty Duncan also reacted strongly to the situation stating that "this person of course should not have been invited".

"Invitation has now been rescinded. We are looking into how it happened," the minister added.

The Ministry of External Affairs said there are two aspects to the issue -- presence and visa. However, MEA spokesperson Raveesh Kumar said the ministry was not aware of how it happened.

"We have ascertained information from our Commission," he said.

He also called for not making any assumptions on how the convict managed to enter India. "In due course, we will be able to come up with a reason that how he managed to come in India," he said. 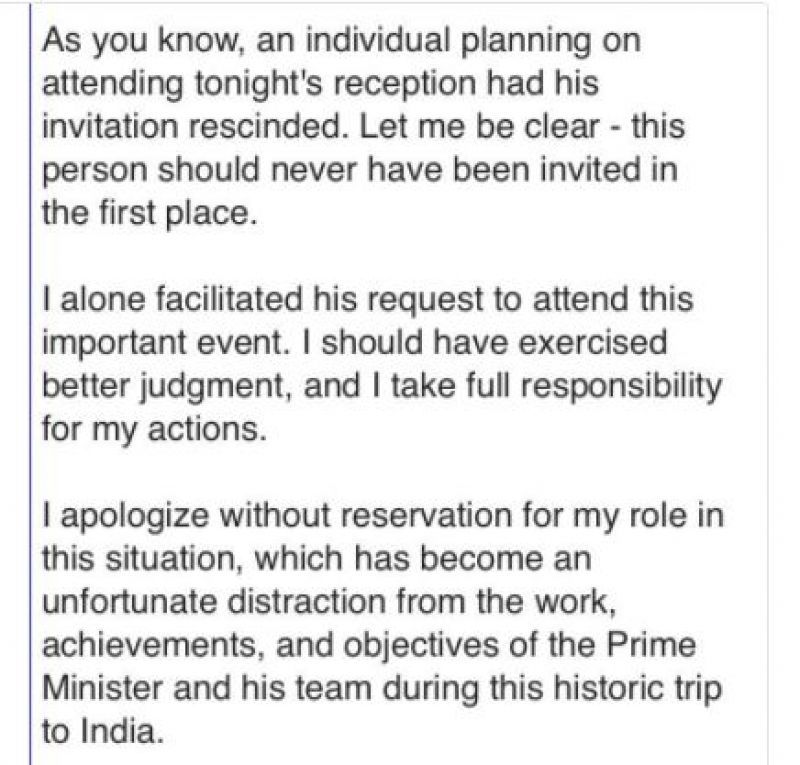