The project involves the setting up of 38 additional radar stations and four mobile surveillance stations at the cost of Rs 800 core. 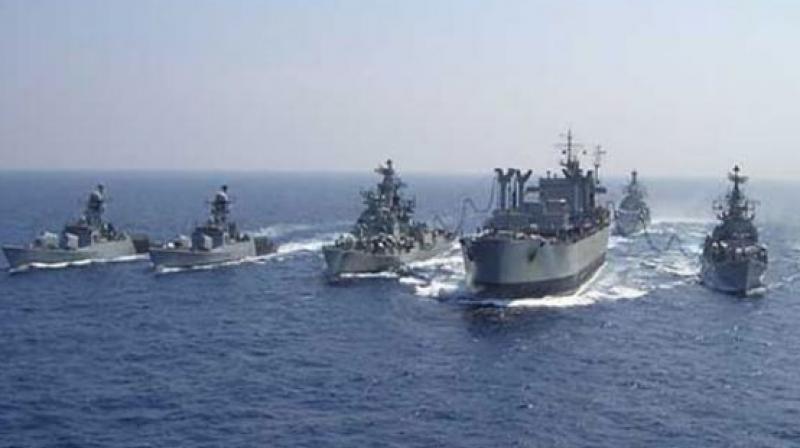 The surveillance system also aims at keeping an eye on the movement of vessels of foreign navies venturing close to and inside Indian waters. (Representational image)

New Delhi: The Defence Acquisition Council (DAC), the defence ministry’s apex procurement body, on Tuesday gave its go-ahead to the second phase of a seamless electronic surveillance along India’s coastlines.

The project will buttress surveillance along the country’s western, southern and eastern seaboards, and integrate its coastlines under a single radar system.

The project involves the setting up of 38 additional radar stations and four mobile surveillance stations at the cost of Rs 800 core. It will ensure seamless surveillance of vessels up to 25 nautical miles.

The first phase of the surveillance project comprising 46 radar stations — 36 along the mainland coasts and 10 on the islands — was undertaken soon after the 26/11 Mumbai attacks in 2008 which exposed the vulnerability of India’s coastlines to forces inimical to the country’s interests.

The surveillance system also aims at keeping an eye on the movement of vessels of foreign navies venturing close to and inside Indian waters.

The radar system would enable detection and widespread dissemination of information leading to a far more coordinated action.

Besides the Navy and the Indian Coast Guard, the stakeholders of coastal security at present include the marine police, state police forces, customs, CISF, IB, R&AW and various ports.

A defence ministry source said that state-owned PSU Bharat Electronics Limited (BEL) is expected to be the lead integrator for the project that will be taken up under the “Buy Indian” category.

For the first phase, BEL had a raft of joint ventures with foreign defence majors such as Saab (Sweden) and Thales Systems (France).

The DAC meeting, which lasted for more than two hours, was attended by defence minister Manohar Parrikar, the three defence chiefs, besides a few top officials from the military and the defence ministry. The DAC also okayed a much-needed on-shore engine repair facility for the MiG 29 K at an aircraft yard in Goa. The Russian-made MiG 29 K, is deployed on the aircraft carrier INS Vikramaditya.