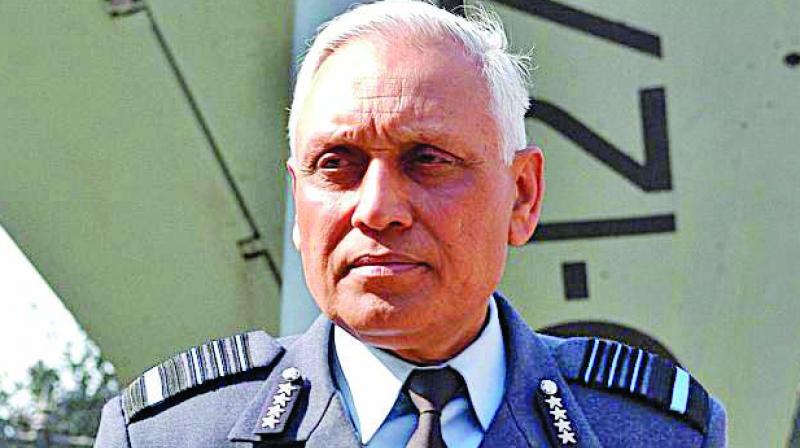 New Delhi: The Delhi High Court on Wednesday adjourned the hearing over the Central Bureau of Investigation's (CBI) bail cancellation plea against former Indian Air Force (IAF) chief S.P. Tyagi and others in the Agusta Westland case till March 15.

The court had then directed Sanjeev and Khaitan not to contact any witnesses and not to leave the National Capital Region (NCR) without prior permission.

The court had earlier granted bail to the 72-year-old former air chief, citing the CBI had failed to state the alleged bribe amount and the day it was paid.

The former air chief, who retired in 2007, his cousin Sanjeev and Khaitan were arrested on December 9, 2016, by the CBI in connection with the case which relates to the procurement of 12 VVIP choppers from the U.K.-based firm during the UPA-2 regime.

Tyagi has been accused of influencing the deal in favour of Agusta Westland during his tenure as the IAF chief.