Marwah was unaware of the tumour, except that there was an increase in his weight and a dragging sensation on the right side of the abdomen. 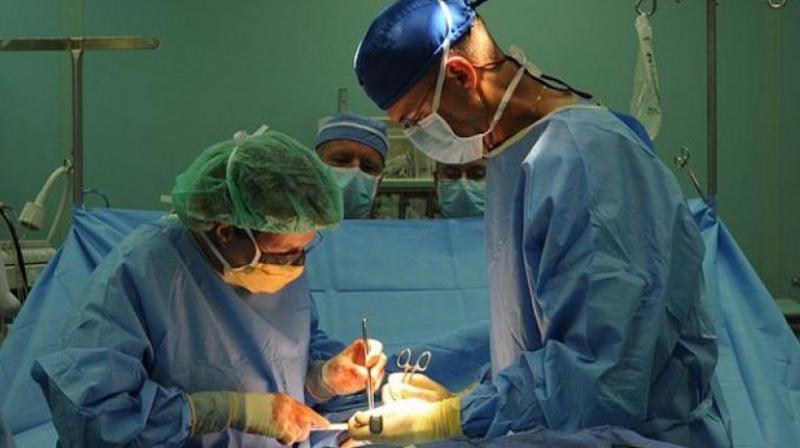 New Delhi: Doctors at a hospital in New Delhi claimed to have removed the world's largest adrenal tumour weighing 11.5 kg from a 55-year-old patient who also suffered from type 2 diabetes mellitus and hypertension.

The patient, Ashwini Marwah, had been gaining weight for the last few years and was suffering from type 2 diabetes mellitus (T2DM) and hypertension. This prompted him to consider bariatric surgery as he weighed 125 kg.

"During evaluation and investigations, a large abdominal tumour of size 30x25 cm was detected which occupied the right side of his abdomen and was also spreading to the left side," Dr Randeep Wadhawan, Director, Bariatric and GI Surgery at Fortis Flt Lt Rajan Dhall Hospital, Vasant Kunj (FHVK) said.

Marwah was unaware of the tumour, except that there was an increase in his weight, dragging sensation and heaviness on the right side of the abdomen.

"The location of the tumour was adjacent to vital organs particularly kidney, inferior venacava and intestines. As the patient suffered from diabetes mellitus and hypertension he was a high risk candidate for surgery," Wadhawan said.

"The biggest challenge in his case was to salvage his right kidney since his kidney functions were already affected due to his comorbidities like diabetes and hypertension," he explained.

Doctors made a large incision in his abdomen and tumour was removed on November 22, 2016.

The largest adrenal adenoma, which is one the differential diagnosis for the adrenal tumours, removed in the world weighed 7.5 kg and was removed from a patient in 2013, the doctor said.

"Most lesions are small and asymptomatic and discovered incidentally. It is usually small, asymptomatic and non-functional in nature with an overall incidence of 0.05-0.2 per cent," Mr Abrarali Dalal, Facility Director at the hospital, said.

Post surgery the patient was under observation for some time and has lost more than 30 kg and his diabetes is also under control. He has been discharged, the hospital official said.