Since 2015, there have been as many as 183 cases of undertrials escaping from police custody. Of these, 150 were later rearrested. 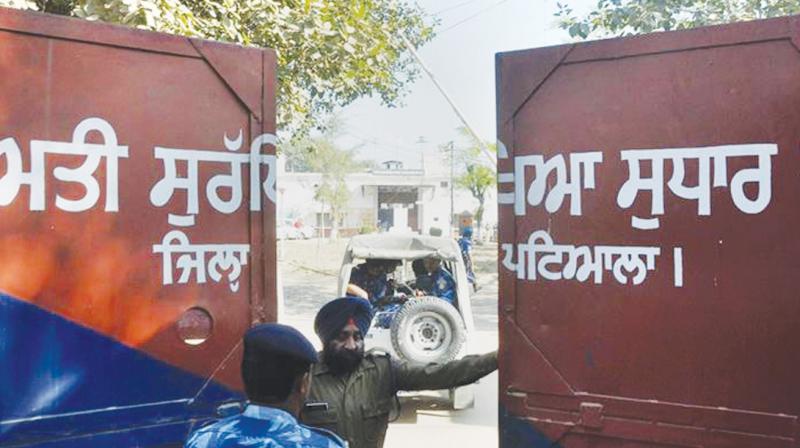 Nabha jail from where 6 prisoners escaped in 2016.

Chandigarh: Aiming to prevent undertrials from fighting in jail vans or escaping during visits to courts, the Punjab government is planning to set up a special designated court inside prisons to do away with the need to step out of the premises.

The first such experiment is being tried in the Patiala Central Jail, based on the successful experiment in Delhi’s Tihar jail.

Sources said that since 2015, there have been as many as 183 cases of undertrials escaping from police custody, while they were being shifted to the courts or brought back to the Patiala jail. Of these, 150 were later rearrested.

The aim is to keep hardcore criminals within jail and avoid attacks on undertrials as part of gangwar that result in attacks on them while being brought to district courts for hearing.

Tenders have already been floated for setting up of the special court in Patiala central jail. The Punjab Police Housing Corporation has been allotted the work. In the new court building, an additional sessions judge will hear the cases.

Additional DGP (prisons) I.P.S. Sahota said, "The aim to have a designated court will help our staff handle the gangsters better. The idea is to ensure that the gangsters and other criminals are kept under check. The move would save on resources used for transporting them."

The government is contemplating to shift the cases under Punjab Control of Organised Crime Act (PCOCA) to this court. After which even those criminals booked for robbery, attempt to murder and under the Narcotic Drugs and Psychotropic Substances (NDPS) Act will be shifted to this jail and heard inside the special court.

The idea of starting the court inside the jail premises is to check the unsafe transit during hearings. In April 2016, a gang led by gangster Vicky Gounder, mastermind of Nabha jailbreak, gunned down three rival gangsters in Gurdaspur when the latter was being taken back to jail after a court hearing.

Similarly, gangster Sukha Khalwan was shot dead in the presence of six cops by a rival gang near Goraya. He was being taken to Nabha jail after a court hearing in Jalandhar.

The gangsters’ modus operandi is to get in touch with their assailants whenever they were taken out for court hearings and plan killings and escapes. They even threaten jail officials pressing them to pass on their messages during visits to the court.

Earlier, the Punjab government planned to have a separate team of the Central Industrial Security Force (CISF), which handles security at airports and other vital installations, deputed outside jail premises. However, the idea was dropped after it was found that the sanction of CISF forces from the Union government was a cumbersome process.