India   All India  22 Jan 2018  Must check all docs with utmost seriousness: SC on Justice Loya death case
India, All India

Must check all docs with utmost seriousness: SC on Justice Loya death case

SC said, 'As of today, it was a natural death; do not cast aspersions,' adding that it will examine documents on Feb 2. 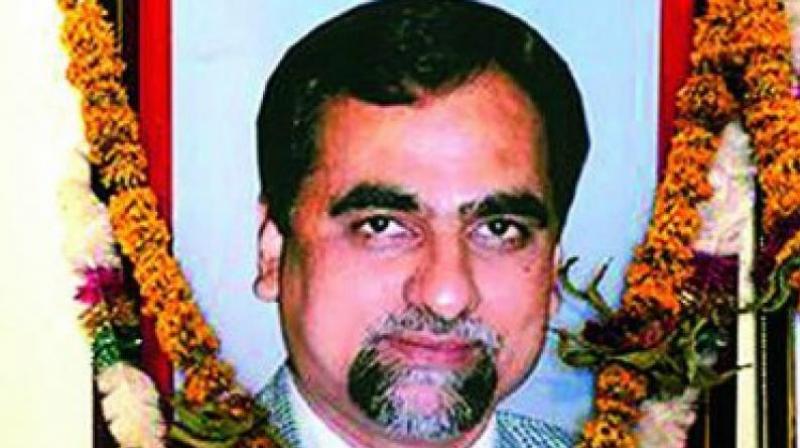 The apex court termed as "serious" the issues raised in pleas; and said "we must look into all documents with utmost seriousness."

SC said, “As of today, it was a natural death; do not cast aspersions,” adding that it will examine documents on February 2.

The top court also restrained all high courts from entertaining any petition relating to Loya's death.

The top court also asked all parties to catalogue documents in Loya's matter, which have not been filed so far and submit them.

The court also asked lawyers not to cast aspersions on BJP president Amit Shah, who is not a politician before it.

The Maharashtra government told the Supreme Court that a careful and prudent investigation was conducted after the media reports and four judicial officers assured there was no foul play involved. The three-judge bench recorded statements saying Justice Loya died of cardiac arrest.

Chief Justice of India (CJI) Dipak Misra got angry when a senior woman lawyer inferred that the Supreme Court is going to gag media. The CJI asked the lawyer to retract and apologise.

At the time of his death on December 1, 2014, Justice BH Loya (48) was hearing the case of the alleged fake encounter of inter-state "gangster" Sohrabuddin Sheikh in which BJP president Amit Shah was an accused along with several others.

Amit Shah was discharged from the case with a new judge ruling that there was no evidence to merit his trial.

Two months ago, judge Loya's relatives said his death was unnatural. His sister Anuradha Biyani also claimed that he was offered a huge bribe to rule in favour of the BJP chief Amit Shah.

Speaking to the Caravan magazine, Anuradha Biyani claimed there was blood on his clothes. Another relative alleged that Judge Loya was offered a huge bribe. But the police and a judge who was with Judge Loya during his last hours, rubbished the family's claims.

Petitions asking for an investigation have been filed by activist Tehseen Poonawala and a journalist from Maharashtra, BS Lone.

On January 14, Judge Loya's son Anuj Loya told the media that the family has no suspicions now and his father's death was being politicised. "There was some suspicion before due to emotional turmoil, but now it is clear," Anuj said.

The Loya case was one of those which was indicated by the four seniormost apex court judges -- justices Jasti Chelameswar, Ranjan Gogoi, M B Lokur and Kurian Joseph -- at their press conference where they had questioned the manner in which sensitive cases were being allocated.