Abdul Subhan Qureshi of Indian Mujahideen was nabbed after a brief exchange of fire with the police. 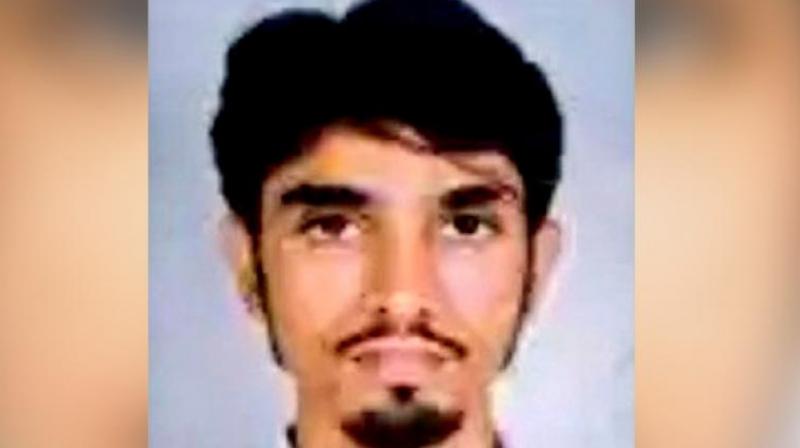 There was a pan-India look out for Abdul Subhan Qureshi, also known as Kasim, for the last few years. (Photo: File)

New Delhi: After a decade-long manhunt for the most wanted terrorist accused in 2008 Gujarat serial blasts, Delhi police Special Cell, on Monday, arrested Abdul Subhan Qureshi from the national capital.

Often referred to as 'India's Bin Laden', Qureshi a software engineer-turned-bomb-maker was arrested after a brief exchange of fire from Ghazipur in Delhi, police said.

The police also called Qureshi’s arrest as a breakthrough just before Republic Day celebrations on Friday.

"We have found pistols and documents on Qureshi; he was trying to revive the SIMI and the Indian Mujahideen," said Deputy Commissioner of Police, Special Cell, Pramod Kushwaha.

Qureshi went to Nepal with fake documents and was living there for many years. He also went to Saudi Arabia between 2013 and 2015 and returned to India to revive the terror network, said police.

Police had been looking out for Abdul Subhan Qureshi, also known as 'Tauqeer', across the country for the past few years.

Qureshi is closely linked to the banned Students' Islamic Movement of India or SIMI.

Qureshi has been accused of plotting the blasts in Ahmedabad and Surat on July 26, 2008 that killed 56 people and injured over 200 others.

As many as 21 bombs were planted in tiffin carriers and motorcycles in busy markets, bus stations and even hospitals where the injured were being treated.

Qureshi's name was first announced as a suspect by the Gujarat police in connection with an email sent to TV channels using the WiFi network of a US national.

Qureshi has been on the most-wanted list of the National Investigation Agency (NIA) for allegedly planning the blast in Bangalore in 2014, the serial blasts in Delhi in 2010 and the local train bombings in Mumbai in 2006.

46-year-old Qureshi, also referred to as a 'techie-bomber', studied in Mumbai and reportedly worked in top Indian IT companies in Bengaluru and Hyderabad before being recruited by SIMI in 1998.