The ATM will be operated by the country's largest lender SBI and will cater to over 1,500 personnel and officers deployed on the ship. 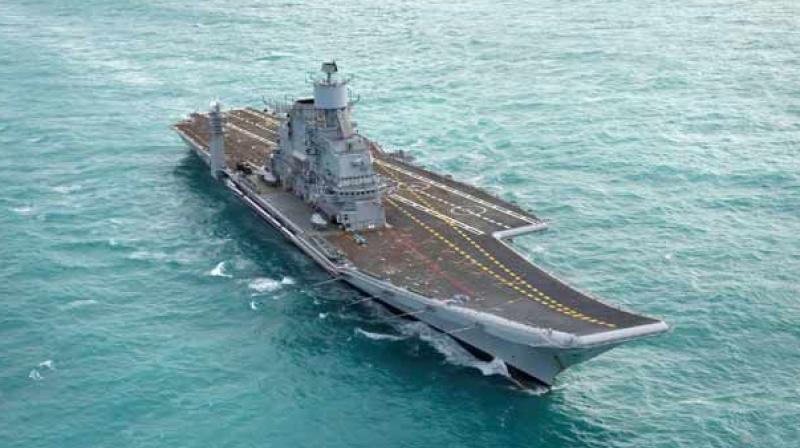 New Delhi: The first-ever ATM machine was inaugurated on board aircraft carrier INS Vikramaditya, the country's largest warship on Sunday.

The ATM on the ship docked at the naval base at Karwar, will be operated by the country's largest lender SBI and will cater to over 1,500 personnel and officers deployed on the ship.

"The facilities offered by the State Bank of India to the ship include cash withdrawals, generation of mini-statements, access to bank balance details and change of PIN numbers.

"In the near future, the facility will be upgraded to a recycler machine with a cash deposit facility. Additionally, facilities like cash transfer, card-to-card transfer, credit card payment, mobile number registration and updation would also be available," an official statement said.

It added that a Point of Sale (PoS) system will also be installed in the future on the warship and this "would go a long way in supporting cashless transactions on the ship, in line with the government's policy of digitising the Indian economy".

INS Vikramaditya's Commanding Officer Captain Krishna Swaminathan said that the ATM machine "will enable personnel of the ship to manage their domestic financial requirements better and assist them in conducting their money transactions at their own convenience."