No CAA now, rules yet to be made, says Shah 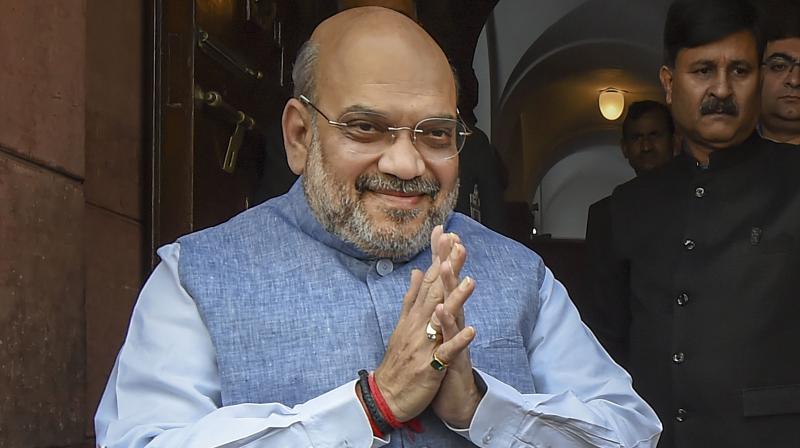 Comparing the BJP with the TMC, he claimed that the saffron party does not have the 'culture of corruption or extortion or dynasty politics'. (PTI)

Kolkata: Union home minister Amit Shah on Sunday dismissed the scope of immediate implementation of the Citizenship Amendment Act (CAA), a key promise made by the BJP to the refugees, citing the absence of its rules and the ongoing nationwide Covid-19 pandemic. He also informed that union agriculture minister Narendra Singh Tomar would soon meet the representatives of the agitating farmers, demanding the three farm laws' withdrawal.

On the CAA implementation, Mr Shah told the media at Bolpur in Birbhum at the end of his two-day West Bengal tour, "The CAA rules are yet to be made. Such a big exercise can not be undertaken now because of the corona. When the vaccine drive will get underway and the corona cycle will also end, we will definitely give it a thought then. You will be informed when it will be done."

His statement punctures BJP national general secretary Kailash Vijayvargiya's recent claim of the CAA implementation to get underway soon, from either January or February, to placate the resentment among the Matuas, a community of Hindu migrants who voted for the BJP in the last Lok Sabha polls, over the CAA delay.

Incidentally when Mr Shah was speaking  about the CAA's fate, Mr Vijayvargiya was sitting to him. Asked about the National Register of Citizens, the union home minister added, "Let first in the chronology end." On the Centre's talks with the protesting farmers, he said, "I am not aware of the exact date but Mr Tomar is likely to meet the farmers in a day or two.'

Rejecting chief minister and Trinamul Congress supremo Mamata Banerjee's slogan of "outsider" against the BJP, Mr Shah pointed out, "When she was in the Congress and Indira Gandhi or Pranab Mukherjee or Narsimha Rao used to come here, what did she use to say? Was it then interference in internal polictics of Bengal? Didi, we do not need to defeat you by bringing someone from New Delhi. A Bhoomiputra who rise and will fight you.  We are going to give Bengal a son of the soil as it's next CM."

Comparing the BJP with the TMC, he claimed that the saffron party does not have the "culture of corruption or extortion or dynasty politics." Mr Shah, on Ms Banerjee's challenge to the BJP to impose the President's Rule in West Bengal, observed, "She is perhaps trying to gain sympathy. Such issues are limited in between the Centre and the state. It can not decided openly."