On Friday, police resorted to lathi-charge and used water cannons to disperse the crowd that turned violent in Daryaganj on Friday. 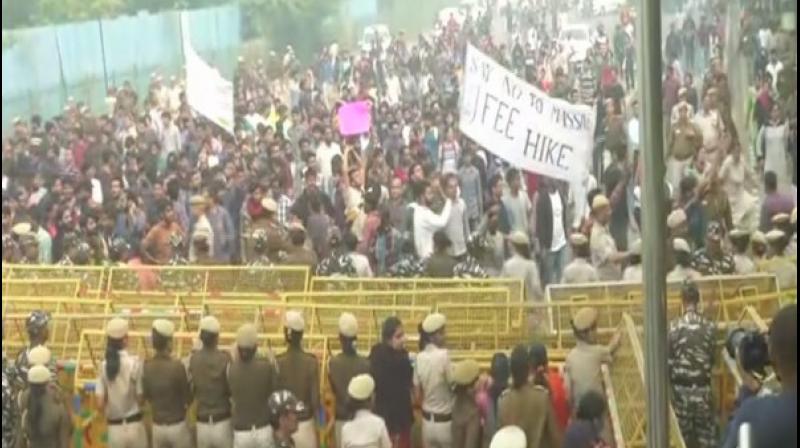 New Delhi: The Bhim Army chief Chandrashekhar Azad was taken into custody from outside the Jama Masjid early on Saturday, after giving the Delhi Police a slip during Friday’s agitation against the Citizenship Act.

On Friday, more than 40 people, including at least eight minors, were detained after the clashes that broke out during the Delhi’s protest on Friday. Six minors have been released so far, reported NDTV.

“We have to make sacrifices so that the legislation is taken back. We do not support violence. We were sitting inside the mosque since Friday morning and our people were not involved in violence,” Azad said, according to news agency PTI.

On Friday, police resorted to lathi-charge and used water cannons to disperse the crowd that turned violent in Daryaganj on Friday, just minutes after a two-and-a-half-hour long peaceful agitation.

The police action, which followed stone-pelting and arson, forced several people to flee, including many of those who had joined protests that started in the afternoon and went on till evening.

At least 46 people were injured in the stone-pelting and police action, reported Hindustan Times.

“Hours after the violent protest near Delhi Gate, around 36 injured people, including eight policemen, got medical treatment at Lok Nayak hospital. One person, who has got a fractured leg is admitted, while two others who have suffered minor head injuries are under observation and not yet admitted,” Lok Nayak Hospital’s medical superintendent Dr Kishore Singh said, according to PTI.

Eye-witnesses said thousands—including protesters, local residents and those who were there to offer Friday prayers—had gathered in the afternoon on Netaji Subhash Marg, where police had put up barricades near Delhi Gate.

Delhi has been witnessing protests since last Sunday. Authorities clamped prohibitory orders under Section 144 of the Code of Criminal Procedure (CrPC) in several parts and shut down mobile services—for the first time in the Capital—and stopped Delhi Metro trains on Thursday.