India   All India  21 Dec 2018  Sangh steps up pressure on BJP for Ram temple
India, All India

Sangh steps up pressure on BJP for Ram temple

The Sangh Parivar is already campaigning for the temple across the country. 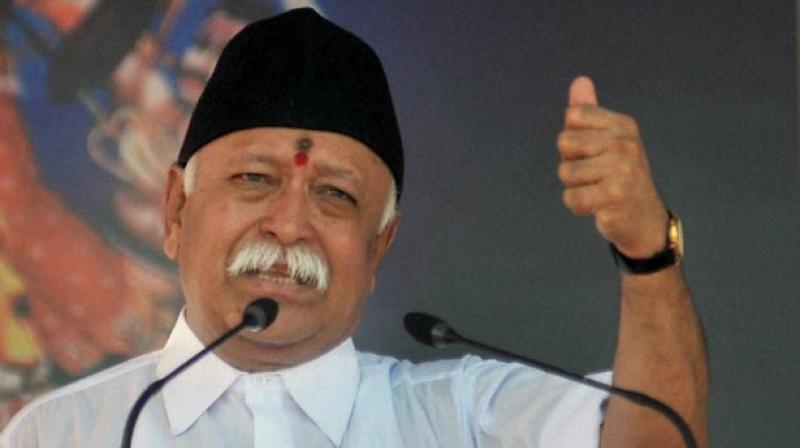 New Delhi: While the Ram Mandir issue failed to have any impact with voters in the recent Assembly elections in the Hindi heartland, the RSS continued to mount pressure on the government to pave the way for the construction of the temple. The Sangh Parivar’s big brother wants the Narendra Modi government to clear the way for the Ram Mandir construction in Ayodhya before the crucial Lok Sabha polls in 2019. RSS’ second-in-command Bhaiyya Joshi told BJP president Amit Shah that any “positive step” towards the construction of the temple could improve the party’s poll prospects in the 2019 electoral battle. Both leaders met late on Wednesday evening to discuss, among other issues, the BJP’s poll debacle and the Sangh Parivar’s feedback from the three key states — Madhya Pradesh, Chhattisgarh and Rajasthan — where the party lost to the Congress.

Also, Sangh Parivar affiliate Vishwa Hindu Parishad has sent invitations to RSS supremo Mohan Bhagwat and Mr Shah for its much-hyped “Dharamsansad” at the Kumbh Mela next month where the saints and seers could give a call for the construction of the temple. The Sangh Parivar is already campaigning for the temple across the country.

Going by the party’s own feedback, anger among upper castes over the BJP’s aggressive wooing of OBCs and dalits, including the recent legislation to amend the Supreme Court order on the SC/ST Act, as well as GST, demonetisation, candidate selection and, most important, NOTA (the “None of the Above” option in EVMs) worked against its interests. Sources said that the Sangh Parivar could also launch a campaign urging people not to opt for NOTA during voting. In Madhya Pradesh, the BJP lost more than a dozen Assembly berths due to thousands opting for NOTA. It may be recalled here that Mr Bhagwat had appealed to people to not to use NOTA as it “goes in favour of the one who is most ineffective”.

With dalit unrest a major issue for the BJP, sources said the forthcoming Kumbh could see dalit saints getting prominence during the congregation at Prayag.

Despite pressure from the Sangh Parivar for a bill in the Winter Session of Parliament for construction of the temple, the government is yet to take a call, which has given BJP ally Shiv Sena yet another issue to attack the ruling party. Taking a dig at the BJP, the Shiv Sena on Thursday said the Ram temple had become another “jumla” (rhetoric) for the party and that it would lead to its ouster from power. The Sena, in an article in Saamna, its mouthpiece, said “there is pressure within the BJP” to construct the Ram temple in Ayodhya, and asked when will “achche din” (good days) come for Lord Ram.