Many leaders also claim there is a major communication gap in the party. 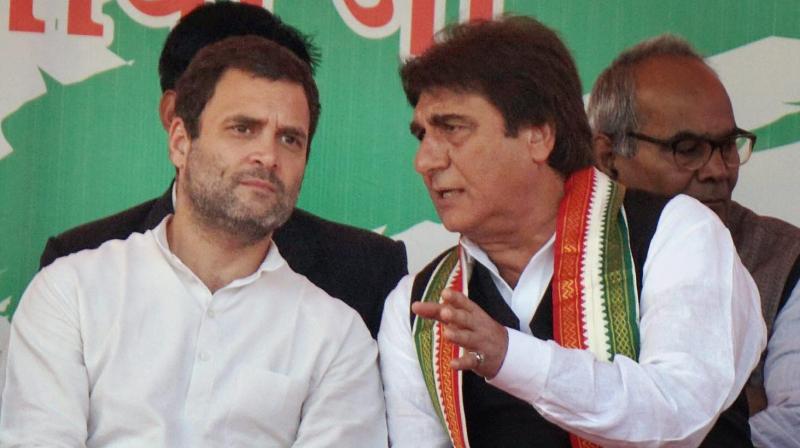 New Delhi: Questions are being raised within the Congress party over the decisions being taken by Congress vice-president Rahul Gandhi and his advisers. Though no senior leader is coming out in the open, in private conversation they are extremely critical.

Sources say many senior leaders are even planning to reach out to Congress president Sonia Gandhi to apprise her of the situation.

The turf war in the Congress between the old guard and new leaders is nothing new, but this time it seems to have taken a dangerous turn, as senior leaders are “extremely upset” that even after four days of the ending of the Parliament session, Mr Gandhi — who has held many rallies after that — has not revealed the details of the proof of personal corruption by the PM.

“Earlier, Mr Gandhi had raised the pitch so high that now he has to come out with the proof, otherwise it will dent his image and also that of the Congress,” said a senior leader, requesting anonymity.

The decision to meet PM Modi over agrarian crisis has not gone down well among some section of the party. The Congress leader said, “It takes a lot of effort to galvanise the entire Opposition and build consensus on any issue. Now they feel that all the good work has been evaporated.”

Incidentally, the Budget session of Parliament is just a little more than a month away.

Besides, in the last three days, two separate voices have come out from the Congress on the appointment of new Army Chief. While Manish Tewari from the official podium of the Congress condemned the move of the government to appoint the Army chief after bypassing two senior Army officers, Congress spokesperson Satyavrat Chaturvedi backed the government.

Many leaders also claim there is a major communication gap in the party. Positions to be taken on several key decisions are not being discussed and communicated to the leaders properly.

If the current decision-making dispensation is not able to take all leaders along, it could raise serious doubt over Mr Gandhi’s leadership.