The officer also warned him that if such literature is kept on sale in the future, a fine would be imposed. 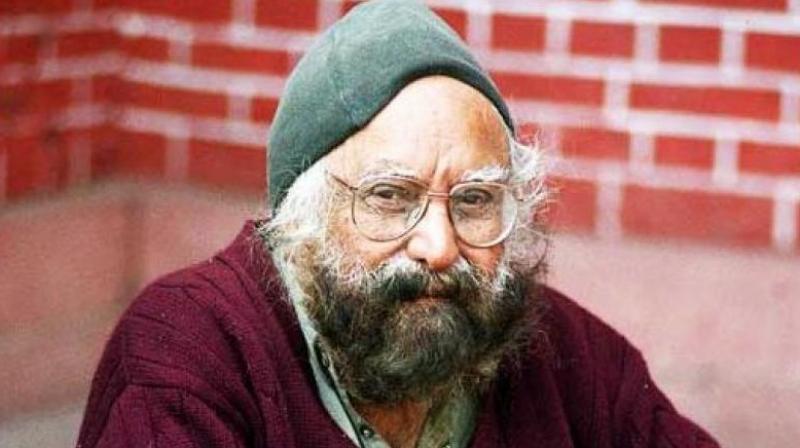 Bhopal: Can a political leader appointed as chairman railway passengers service committee (PSC) stop the sale of any book on his personal like or dislike?

Ratn, who happens to be Supreme Court lawyer besides being a BJP leader, should know better. So his verdict on the famed writer's literature handed posthumously years after the publication of the book and the author's passing away had to to be respected and the book is off the stalls.

Ratna also directed officials to ensure "such obscene things" are not sold at book stalls at the Bhopal station.

The BJP leader who was on an inspection drive at the station, spotted Singh's novel and another book on preventive measures during pregnancy put on display for sale at a stall.

He immediately asked the vendor to take both the books off the shelf. Ratn also warned him that if such literature is kept on sale in the future, a fine would be imposed.

"This is a multi-purpose stall, so obscene things with such (covers) words should not be displayed. Officials have been cautioned and directed to ensure such obscene things are not sold by the vendors," Ratn told reporters at the station.

On being asked that one of these books belonged to a renowned author, he said: "Look, whosoever may be the writer...I want to inform you all that according to the by-laws, it is not permissible here. This is a stall of the Railways which runs according to a system."

"We don't want to spoil the future generation. Chetan Bhagat, too, is a writer of national fame," he said.

Two months ago, during an inspection at the New Delhi station, the official had reportedly also objected to Bhagat's novel "Half a Girlfriend" being kept for sale at a stall in the premises on similar grounds.

Ratn, who is responsible for overseeing passenger amenities at railway stations, said, "With the help of the media I want to send a message to people to stay away from such literature and pictures."

"It is offending to our sisters and daughters. There is a system in families. Cinema halls are place for it. Such things are banned in railway properties as there is a system," he added.

Ratn did express satisfaction over passenger facilities being provided at the Bhopal station.