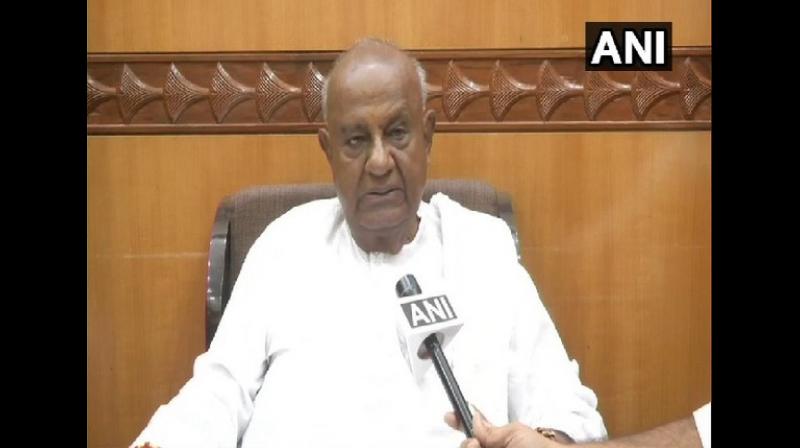 Gurudasyal from Athani and Shivalinga Shivacharya Swamy from Hirekerur Assembly constituencies withdrew their nominations today, on the last day of withdrawal. (Photo: ANI)

Gurudasyal from Athani and Shivalinga Shivacharya Swamy from Hirekerur Assembly constituencies withdrew their nominations today, on the last day of withdrawal.

Bachegowda, son of BJP MP BN Bache Gowda, announced his decision to contest as an independent candidate from Hoskote constituency in the upcoming bypolls on Tuesday -- the same day he was expelled from the BJP.

On November 13, Former Karnataka chief minister HD Kumaraswamy had said that his party JD(S) is ready to support Bachegowda in Hoskote constituency if he contested independently in the upcoming bypolls.

JD(S) will now contest from 12 seats and support one independent candidate.