‘J&K arrests not as bad as those of Emergency’

The minister was responding to supplementary questions being asked members in the house. 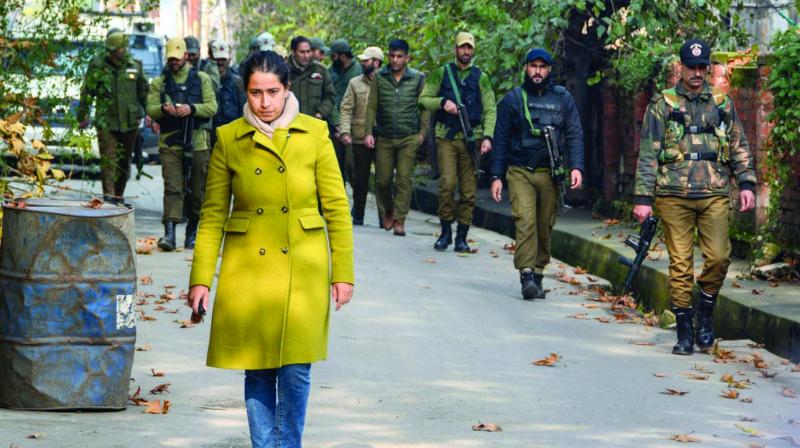 Shahriyar Khanam, daughter of incarcerated former minister and senior PDP leader Nayeem Akhtar, comes out of the government accomodation, where all former ministers, MLAs and mainstream political leaders are kept under detention, on the 108th day of strike in Srinagar on Wednesday. (Photo: PTI)

New Delhi: In a dig at the Congress, Union minister of state for home G. Kishan Reddy on Wednesday referred to the cases of detention in Kashmir saying the government took the decisions in the interest of the country but during Emergency, 36 MPs were booked to “save the chair of one person”. The minister was responding to supplementary questions being asked members in the house. He informed the House that there have been 5,161 “preventive arrests”, including politicians, separatists and stone pelters, in Kashmir Valley since August 4, the day before Jammu and Kashmir’s special status under Article 370 was revoked, the government also informed Parliament on Wednesday.

Mr Reddy added that the decision to detain leaders such as former Jammu and Kashmir chief minister Farooq Abdullah was taken to maintain law and order. “In the country’s interest, different people were arrested at different time... During Emergency, you arrested 36 MPs to save one person’s chair ... We are working in the interest of the nation and its law and order,” he said in response to a query on how long the government will prevent Abdullah from attending Lok Sabha.

When asked about the European parliamentary delegation visiting Kashmir Mr Reddy informed the house that, “The government of Jammu and Kashmir has reported that a group of 27 members of European Parliament (MEPs), who belonged to different political parties including ruling and opposition parties, paid a private visit to India from October 28, 2019 to November 1, 2019 at the invitation of International Institute for Nonaligned Studies, a Delhi based think tank.” On the query of internationalising the Kashmir issue Mr Reddy refuted the charge saying, “ There is no scope for any third party role or mediation.”