India   All India  21 Nov 2019  'Countrywide NRC will only put people through hardship': Owaisi
India, All India

'Countrywide NRC will only put people through hardship': Owaisi

The AIMIM chief asserted that the exercise will especially cause hardship to minorities. 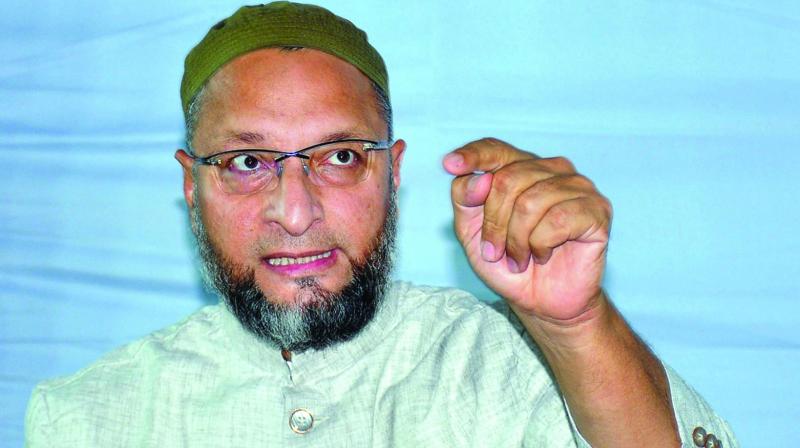 'Khoda pahaad, nikla chooha. Now BJP wants to disown it, but find one all over India,' the AIMIM chief tweeted. (Photo: File | PTI)

Hyderabad: AIMIM president Asaduddin Owaisi on Thursday hit out at the NDA governments plan to conduct NRC across the country, alleging that the exercise is only going to cause hardship to people, especially minorities and "the weak".

''Khoda pahaad, nikla chooha. Now BJP wants to disown it, but find one all over India," the All India Majlis-e-Ittehadul Muslimeen (AIMIM) chief tweeted.

The proverb suggests a big effort for little gain. Literally, it means finding a mouse after digging a mountain.

"Modi wants all Indians to yet again stand in line, detaining undocumented Indians & leaving minorities & the weak at the mercy of babus. Nowhere in the world are people put through such hardship,'' he said.

He was referring to reports over the Assam government urging the Centre to scrap the updated NRC in the state, the cost of conducting it all over the country and other aspects of the issue.

Assam Finance Minister Himanta Biswa Sarma on Wednesday said the state government has requested the Centre to reject the final updated National Register of Citizens (NRC) in the state.

Welcoming Union Home minister Amit Shah's statement in the Rajya Sabha that the NRC process will be carried out across India, Sarma said the state government is happy that the Centre has "listened to their heart" and that the exercise will begin after the Citizenship (Amendment) Bill has been passed.