India   All India  21 Nov 2019  BJP, AAP turned Delhi from greenest to most polluted in 5 years: Cong
India, All India

BJP, AAP turned Delhi from greenest to most polluted in 5 years: Cong 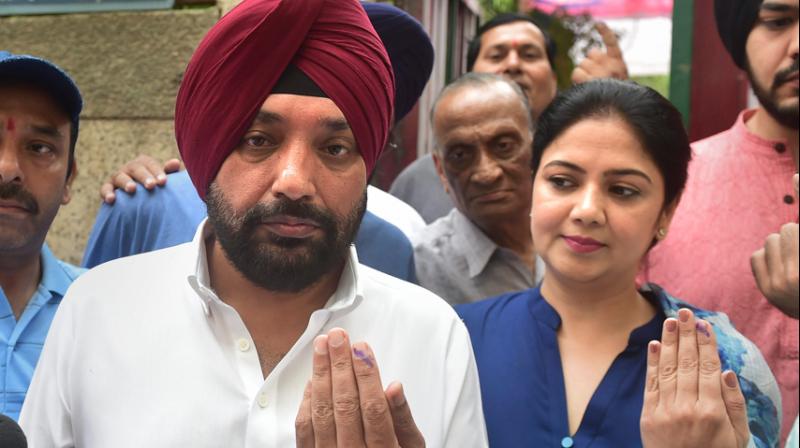 Lovely claimed that vehicular pollution and collapse of public transport were key reasons for rising levels of air pollution in the city. (Photo: PTI)

New Delhi: The Congress on Wednesday accused the governments at the Centre and in Delhi of turning the national capital from the "greenest" to "most polluted in the world" in the last five years.

Former Delhi Congress president and Transport minister Arvinder Singh Lovely alleged that the air pollution crisis in the city was due to the inability of the Kejriwal government to boost public transport buses.

"We had decided to boost the fleet of public transport by bringing 6,000 DTC and 5,000 cluster buses. When we lost power, tender for 3,000 cluster buses were already completed," Lovely said at a press conference here.

He also hit out at the BJP Lok Sabha MPs in Delhi for having a "casual approach" towards mitigating pollution.

"Their casual approach is visible. Some are reciting poems while others eating jaleb and still claim to fight air pollution," he said.

Lovely claimed that vehicular pollution and collapse of public transport were key reasons for rising levels of air pollution in the city.

"Delhi was the greenest capital in the world and now it has been turned into the most polluted one in the past five years by AAP and BJP which are ruling parties in the state and the Centre," he charged.

The chief minister had said that the government would have 3,000 cluster buses in the next 6-7 months but it procured just 250 of them recently, Lovely said.

Delhi Congress's chief of Election Campaign Committee Kirti Azad claimed that vehicular pollution in the city contributed to 41 per cent of air pollution but no steps were taken by the government to curb it.

He also demanded that the government bring out a white paper on private buses hired for public commute during the odd-even road rationing scheme implemented in first half of this month.

Delhi Congress's chief spokesperson Mukesh Sharma asserted that the party will "expose" the failures of AAP and BJP in Delhi by raising issues which concerned people.