The accident occurred around 11.30 am and the aircraft belonged to city-based Rajiv Gandhi Aviation Academy. 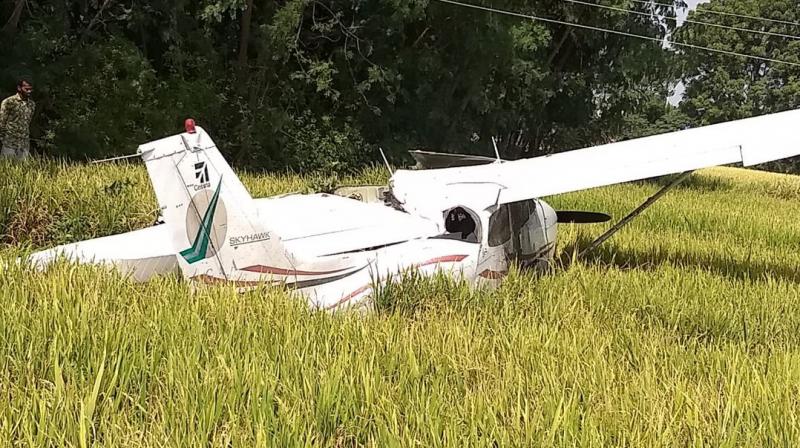 The trainee pilot suffered minor injuries and has been hospitalised. (Photo: ANI/Twitter)

Hyderabad: A trainer aircraft crashed in an agriculture field in Mokila area near here Wednesday resulting in minor injury to the trainee pilot, police said.

The aircraft belonged to the city-based Rajiv Gandhi Aviation Academy, they said adding the accident occurred at around 11.30 am.

"As per preliminary information, the aircraft crashed due to some technical problem... the trainee pilot is safe," Deputy Commissioner of Police (Shamshabad Zone) N Prakash Reddy said.

The pilot has been hospitalised, he added.