Tweeting her response, Sushma Swaraj quipped that she wished both continued in their positions. 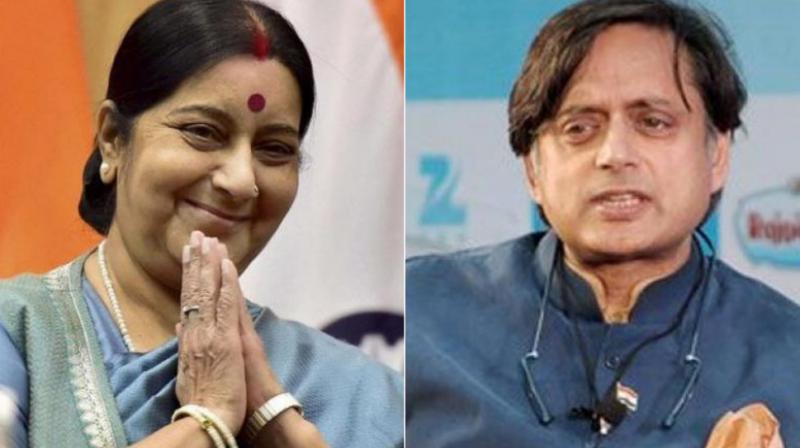 New Delhi: Hours after External Affairs Minister and senior BJP leader on Tuesday declared that she would not contest 2019 Lok Sabha elections, Congress leader Shashi Tharoor, who is active on Twitter, wrote “For all our political differences, I am sorry that @SushmaSwaraj will leave Parliament.”

Tweeting her response, Sushma Swaraj quipped that she wished both continued in their positions.

Thanks for your kind words, Shashi. I wish we both continue in our respective positions. https://t.co/k76S6lzXyc

At a press meet in Madhya Pradesh on Tuesday, Union minister Sushma Swaraj declared that she would not contest next year's general elections. She cited health reasons.

Soon after, the minister’s husband Swaraj Kaushal tweeted "thank you" and said "even Milkha Singh stopped running at one point".

She was forced to take a break from work for months in 2016 because of her diabetes and kidney failure. She had undergone a kidney transplant.