The SIT wants to question Kumar as his name was mentioned in the Justice Ranjit Singh Commission report on sacrilege incidents. 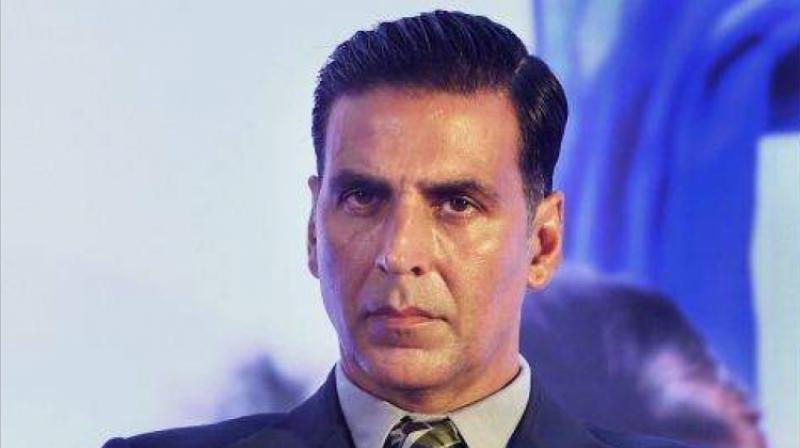 Soon after his arrival at the Chandigarh airport, the actor headed straight to the Punjab Police headquarters at sector-9 here where security has been stepped up. (Photo: PTI)

Chandigarh: Bollywood actor Akshay Kumar Wednesday appeared before the Special Investigation Team (SIT) of Punjab Police, which is probing the 2015 police firing incidents at Behbal Kalan and Kotkapura in the state following cases of sacrilege in Faridkot.

Soon after his arrival at the Chandigarh airport, the actor headed straight to the Punjab Police headquarters at sector-9 here where security has been stepped up. Kumar refused to talk to reporters at the airport.

The SIT wants to question Kumar as his name was mentioned in the Justice Ranjit Singh Commission report on sacrilege incidents. The SIT had earlier asked him to appear before it on November 21 at the Amritsar circuit house. However, police later allowed the actor to appear before the SIT at Chandigarh.

The Justice Ranjit Singh commission report, which was tabled in the Punjab Assembly in August, had given a reference of a letter written (October 9, 2017) to it by former MLA Harbans Jalal claiming that a meeting took place between Dera Sacha Sauda chief Gurmeet Ram Rahim Singh and former deputy CM Sukhbir Singh Badal at the actor's flat in Mumbai in 2015 in connection with the release of the Dera head's movie "MSG".

The meeting was allegedly held before the Dera chief was pardoned in a blasphemy case.

The movie "MSG" was not released in Punjab in September 2015 because of an edict by the Akal Takht, the supreme temporal seat of the Sikhs, against it.

Kumar has denied arranging any meeting between former deputy chief minister Sukhbir Singh Badal and the Dera Sacha Sauda sect head. The actor has also denied having ever met the Sirsa headquartered Dera head, who is currently serving a 20-year jail term in a rape case. Kumar had issued the denial on November 12 after the SIT summoned him along with former Chief Minister Parkash Singh Badal and SAD chief Sukhbir Singh Badal.

"It has come to my knowledge that some rumours and false statements are being loosely made on social media about my involvement with a person named Gurmeet Ram Rahim Singh in the context of a fictitious meeting involving Sukhbir Singh Badal," Kumar had said in tweet.

On Monday, Sukhbir told SIT members, that he had never met Akshay outside Punjab when he was asked by the SIT members whether he had met the actor in Mumbai. The summons are related to the investigation of cases involving various incidents of sacrilege in 2015, police had said.

The summons had been issued under the section 160 of the CrPC, requiring the attendance for investigation, relating to the Bargari sacrilege case and the Behbal Kalan and Kotkapura police firing incidents.

The summons state, "The presence of the aforesaid person is necessary for the purpose of inquiry into the above-mentioned offence - and the person summoned - needed to give such information relating to the said alleged offence as he may possess."

The 5-member SIT was set up by the state government in September this year.