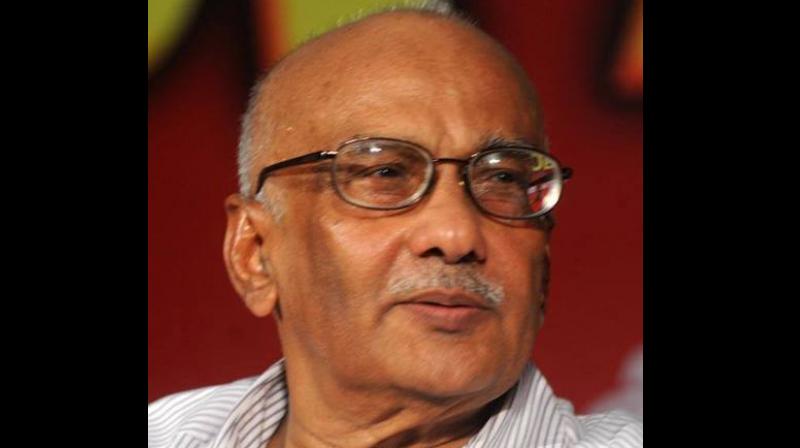 "They (RSS) are behaving like Taliban and Khalistan terrorists. Why are they trying to create trouble in Sabarimala? They should allow everything to be peaceful, they are not doing it," Pillai told ANI.

Pillai made the statement defending remarks passed by the party's Kerala State Secretary Kodiyeri Balakrishnan who had also likened the RSS with terror outfit. Balakrishnan had accused the RSS of trying to take over Lord Ayyappa temple just the way the Khalistan terrorists had laid siege on the Golden Temple.

"Terrorists do not have any belief. RSS is a terror outfit, they are terrorists. They are doing the same thing in Kerala as the Khalistan terrorists did in the Golden Temple. Had they followed rituals and customs then they would have spared the holy shrine," Balakrishnan had said.

Reacting on Balakrishnan's remark, Bharatiya Janata Party (BJP) leader K Krishna Sagar Rao termed the remark as "deplorable" saying that the bankruptcy of the CPI (M) is known to all.

"The bankruptcy of the CPI (M) is very evident with these statements. The fear they have over the largest voluntary network in the country, the RSS, reflects in these statements," said Rao.

Senior BJP leader Giriraj Singh also hit out at the CPI (M) for the remark saying that the party is playing the role of North Korean leader Kim Jong-un who takes on anyone who speaks against him.