According to the Centre-run SAFAR, the overall air quality index in the city was recorded at 387, which falls in the 'very poor' category. 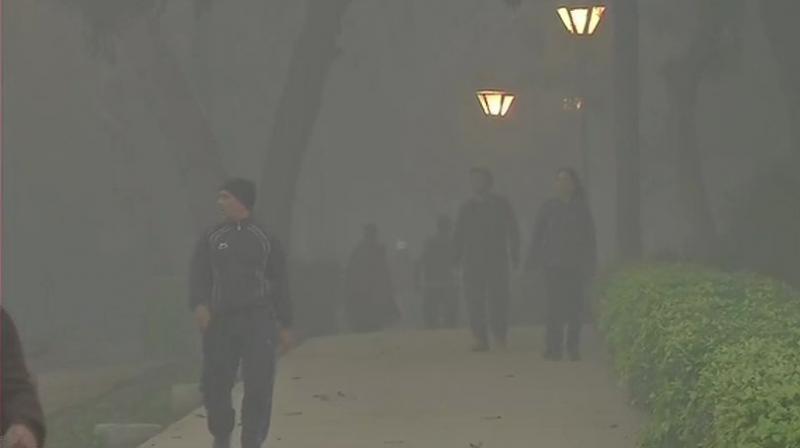 According to the Centre-run System of Air Quality and Weather Forecasting (SAFAR), the overall air quality index in the city was recorded at 387, which falls in the 'very poor' category.

Thirteen areas in Delhi recorded 'severe' air quality and 23 recorded 'very poor' air quality, according to data of the Central Pollution Control Board (CPCB). On Wednesday, the level of PM2.5 (particles in the air with a diameter of less than 2.5 micrometres) was recorded at 248, while the PM10 level was recorded at 402, it said.

According to the SAFAR, the air quality in the national capital is expected to remain in the 'very poor' category for the next two to three days. "At present, winds are unfavourable for dispersion (of pollutants) but it may increase slightly to favour dispersion. Humidity is still high which is (also) unfavourable. Fire counts from stubble burning declined and will have a marginal impact," it said in a report.

Authorities are mulling inducing artificial rain to clear the toxic air but cloud seeding would require certain meteorological conditions which are currently not favourable.