Rajnath Singh also defended the BJP-led government at the Centre over the Rafale jet deal row. 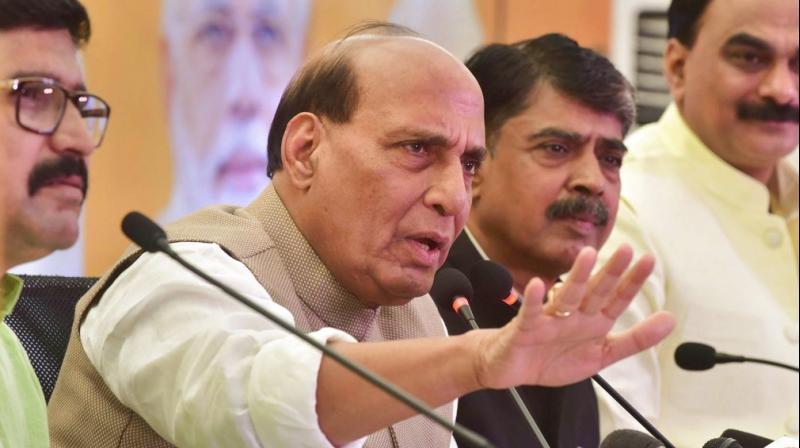 Bhopal: Union Home Minister Rajnath Singh on Wednesday claimed that the BJP has run the government "comparatively better" than the Congress and blamed the opposition party for a "credibility crisis" in politics after Independence.

Talking to reporters in poll-bound Madhya Pradesh, Singh asserted that the country was currently witnessing "acche din" (good days) and it was a matter of perception how people saw it.

He also defended the Bharatiya Janata Party (BJP)-led government at the Centre over the Rafale jet deal row.

"Indian economy is the fastest growing economy in the world due to the charismatic work of our Prime Minister (Narendra Modi). India (people) has accepted that BJP is a political party which runs the government comparatively better than the Congress," Singh told reporters.

In a stinging attack on the Congress, he accused it of creating a "credibility crisis" in the country, saying there was a difference between the party's words and actions.

To a question on the Rafale deal controversy, he said, "Rafale is Ra-fail. Dassault CEO has already clarified. One can see the reality of these allegations."